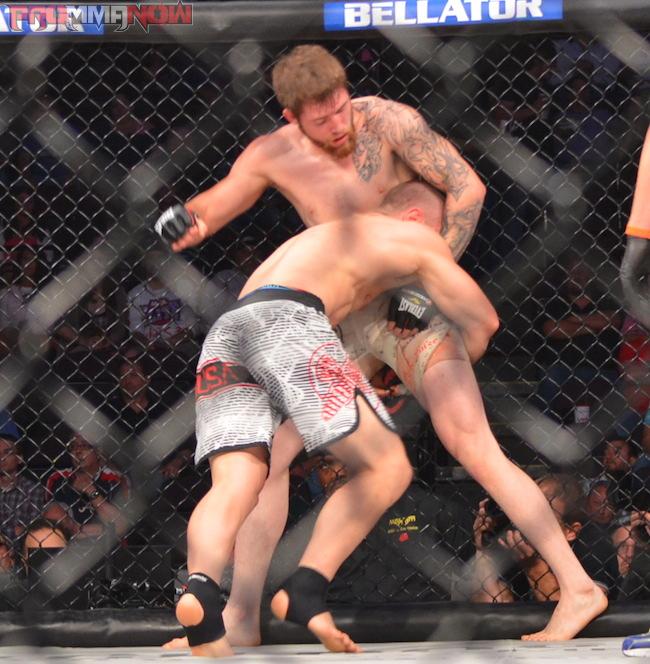 Professional and amateur MMA action returns to Middle Tennessee next Saturday, Aug. 2, 2014, with Memphis-based organization V3 Fights. If you’ve ever been to one of their shows you know they know what they’re doing and are producing some great talent. Headlining the card will be Bellator vet Ben Brewer (7-1) of Tennessee taking on Arkansas’ Jonny Wester (4-1). Several local Nashville up-and-comers will also be on the card.

Here’s the info for “V3 Fights: Wester vs. Brewer” in Nashville (via press release):

Nashville, TN will play host to V3Fights on August 2 at Pound For Pound MMA and Boxing Gym. The last time V3 made its way to ‘Music City’ was in May of 2013. Once again, they will bring with them a stacked card. Headlining the event will be a pair welterweights with very contrasting styles when grappling and submission expert, Ben “The Ruler” Brewer takes on striking sensation, Jonny Wester. The co-main event will see the return of hometown fighter, Justin Pennington taking on a very dangerous fighter in Sheldon Smith.

The welterweight title will be up for grabs when champion, Justin Hartley takes on Irvin Jones. Local fighters Jorge Medina, Brandon Pemberton, and Cromwell Stewart will also be on the card as well as the return on Del Merritt and Chris Hall.

This event will be televised on internet pay per view at www.ustream.com/channel/v3fights

WHAT: V3Fights: Wester vs Brewer