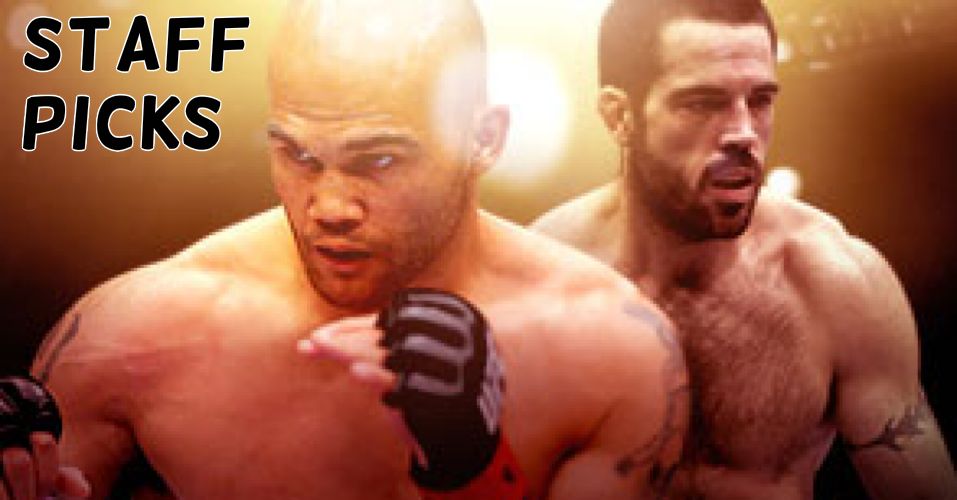 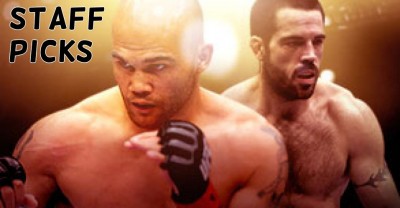 UFC returns for a huge night on FOX tomorrow night and the main event is worth the price of admission. Two of the most entertaining and hard hitting welterweights will square off with a shot at Jonny Hendricks hanging in the balance. Lawler had a chance at the title but came up short against Hendricks. Matt Brown has been on a tear leaving behind a trail of wrecked 170 pound men.

The staff here at ProMMANow.com have come together and are surprisingly split on several of these fights. The only fight that you’ll see us all agree on is Anthony Johnson’s bout with Lil’ Nog. We unanimously decided he will take that one home. The rest are pick ’ems which leads me to believe this is going to be, at least on paper, a great night of fights.

So here we go, our picks for tomorrow’s big event. Agree, disagree or just wanna give us your own ideas? Leave us a comment down below.

Stay close to ProMMAnow.com for all of you UFC on FOX needs including the weigh-ins later today and complete round by round coverage tomorrow.

Bobby Green +210 vs. Josh Thomson -250
Jack Bratcher : Green (22-6) has won his last seven in a row, and is 3-0 in the UFC. After knocking out Nate Diaz in April of last year, Thomson (20-6, 1 NC) is coming off a close split decision loss against former champ Benson Henderson in January.While Thomson has been in the cage with the best of the best, he will be Green’s toughest challenge to date. Unless something unforeseen happens, Thomson should walk away the victor. PICK: Thomson via TKO or decision

Kelvin Hunt: Interesting fight here.Thomson is the favorite to win but I could certainly see Green take this if he can keep it on the feet he probably won’t be able to though .I’d like to see him win but I have to go with Thomson. PICK: Thomson via decision.
Gary Thomas: I wasn’t sure we’d ever see Josh Thomson back after his injury coupled with his loss to Benson Henderson. I think once the idea of retirement starts to creep into your mind, you’ve mentally got one foot outside of your career. Thomson has the skills but I like the up and comer Green to come out like a caged animal. He’s had so much happen to him he might come out sloppy or come out aggressive. I’m betting on the latter. PICK: Bobby Green by TKO.

Clay Guida +135 vs. Dennis Bermudez -155
Jack Bratcher: Guida (31-14) is gatekeeper status at this point. He’s never going to win the title but he’s a good gauge for up-and-comers to see where they are in their career and if they have what it takes to break into the upper echelon. The jury is out on Bermudez (13-3) at this point. He’s on a six fight win streak but Guida will be his biggest test and highest profile fight to date.

Bermudez thinks Guida is past his prime and he’s probably right, but I don’t see him just walking through him. Bermudez can win this one but he’s going to have to work for it. This one could go either way, but I’m leaning toward Bermudez. PICK: Bermudez via decision

Kelvin Hunt: : Coin flip.Bermudez is on a big winning streak but Guida is the type of gatekeeper who’s hard to bet against This probably goes to the judges for a split decision. I pray that Bermudez gets the nod.

Gary Thomas: I said this on PMN Radio, I know Bermudez is good. I just don’t know what he’s good at. He’s got a great streak put together and he’s talented but he’s not exciting. Guida can grind out wins and might influence the judges just because he’s so peppy. Hard one to call but I think Clay will at least look like he out works Bermudez for the win. PICK: Clay Guida by decision.

Jack Bratcher: Johnson (17-4) is a heavy favorite over Nogueira (21-5) for good reason. Johnson has been on a tear with seven straight wins under his belt. He’s fighting at light heavyweight now which seems to fit him perfectly, and he’s coming off a complete domination performance over Phil Davis back in April.Davis beat Nogueira via unanimous decision in 2011 and “Little Nog” has only fought twice since then, defeating Tito Ortiz via TKO and Rashad Evans via decision. Nogueira has fought exactly twice since Dec. 2011, and hasn’t been in the Octagon since February of last year. Inactivity and ring rust will only hurt his cause. Look for another dominant performance from Johnson. PICK: Johnson via TKO.

Kelvin Hunt: Johnson/Nogueira: Johnson is the betting favorite but -500, that’s crazy even though Nogueira hasn’t fought in over a year. I know he’s had some nagging injuries, but if Nogueira is anywhere close to being healthy he could give Johnson a tough ass fight with his sound boxing skills while also being dangerous on the ground. I’m picking Johnson to win but cautiously as the only time Nogueira has been finished was against Sokoudjou way back in the day when he got hit with a Mortal Kombat uppercut. PICK: Johnson via decision.

Gary Thomas: Kelvin Hunt may be on crack cocaine. I really don’t see this going to a decision and once it gets into the third round i see Lil’ Nog as having a huge advantage. I think Rumble is too fast and strong to let this get too far into the fight. I wouldn’t be surprised at a mid second round stoppage. PICK: Anthony Johnson by TKO.

@PROMMA: I think if there’s one fight on this card with the most potential for an upset it’s this one. Brown has looked so impressive. His heart, grit and determination are second to none. Silva hurt him with body shots in his last fight, but he was able to weather the storm and rally in the third round with a TKO win, earning both KO and Performance of the Night bonuses.There’s no doubt Lawler has the power to stop just about anyone — if they don’t wear him down. He couldn’t stop Johny Hendricks though, and Brown sets a pace like no other. If you’re looking for the fight with the most potential for an underdog payoff, it’s this one. PICK: Matt Brown via TKO.

@KelvinHuntMMA:  I love Matt Brown and respect what he’s been doing over the past couple of years. However, Lawler will have too much fire power for Brown and it will end violently.  PICK: Lawler via TKO.

@GaryThomasMMA: This fight has fight of the year all over it. The difference for me will be Lawler’s constant training camps and fights since his return. Lawler went 5 round with the Hendricks and didn’t look impressive during the first two rounds against Ellenberger. Brown will be fresh and hungry. He’s a guy who can withstand a little punishment. Brown will be welterweight champ in 2015. PICK – Matt Brown via TKO.