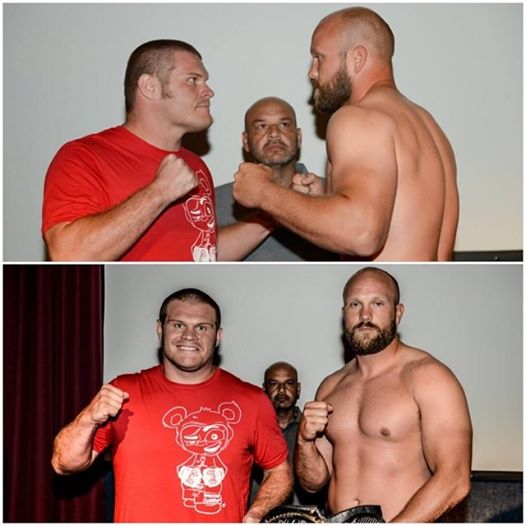 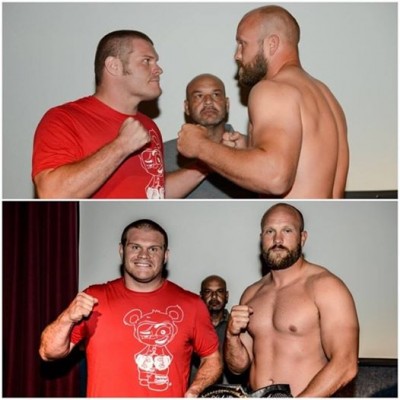 The fighters have all made weight and are ready for tonight’s  Resurrection Fighting Alliance 16 event in Colorado. The featured bout pits two hard hitting, undefeated heavyweights against each other live on AXSTV. Josh “Cuddly Bear” Copeland (8-0) will meet Jan Jorgensen (7-0) to crown the first heavyweight champion for the company. Both men have shown their dynamic skill set in fights leading up to this one. The undefeated records are awesome but let’s be honest, everyone loves to see the big guys throw down.

The co-main event pits Jarred Mercado (11-1) against short notice replacement Daniel Swain (11-3). Mercado jumped out to 10 straight wins in his career and has rebounded from his only loss. Swain has won five out of his last six fights and hopes to play the spoiler tonight.

Marueen Riordon (0-0) will make her highly anticipated professional MMA debut. She has already successfully notched her first pro kickboxing win earlier this year and will take her first pro boxing bout later next month. She will face Marion Reneau (3-1). Reneau has posted back to back first round stoppages.

Undefeated flyweights kick off the televised portion of the show as Sid Bice (3-0) welcomes Eric Shelton (4-0) into his back yard. The night should be laced with exciting match ups that will feature your up and coming stars. What the RFA has been able to do in the first 15 shows has been amazing. Let’s look at some of the stats.

Stay close to ProMMANow.com as we bring you the results from Broomfield, CO tonight. Let’s take a look at the entire fight card.