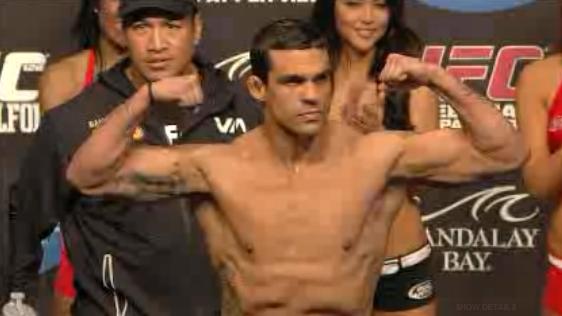 “I realize that my boss can do whatever he wants. But it seems ridiculous to even consider having Belfort fight for the title in Brazil. ‪#‎PED‬ ‪#‎TRT‬ ‪#‎EPO‬ ‪#‎HGH‬” 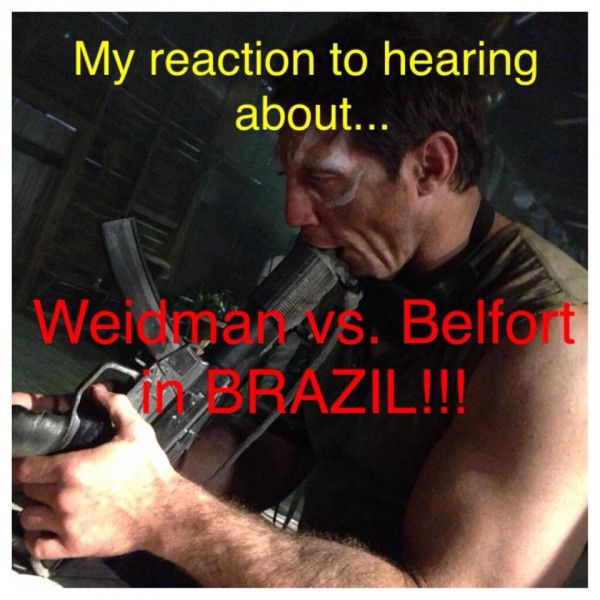 Did you know Vitor Belfort first tested positive for elevated levels of testosterone back in 2006? There’s really no reliable way to tell how long the guy has been using. Kennedy’s sentiment stems from the fact that the athletic commission in Brazil is relatively new and their drug testing of fighters may not be as thorough as it would here in the States. However, I’m pretty sure with PED use in the UFC being so scrutinized these days, the UFC would make sure Belfort was tested adequately no matter where the fight takes place. Let’s hope so anyway.

White was quoted last week as saying Belfort would be next in line for a title shot against Weidman, if and when he can get cleared by the Nevada Athletic Commission (NAC), and that it’s possible the fight could take place in Brazil.

Belfort failed a random test in back in February for elevated levels of testosterone prior to the ban of Testosterone Replacement Therapy (TRT) by the NAC.
[ads1]
[ads2]