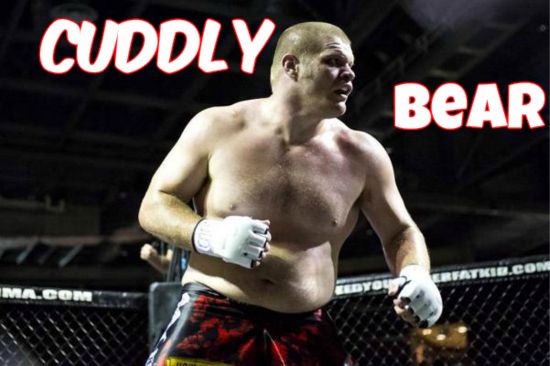 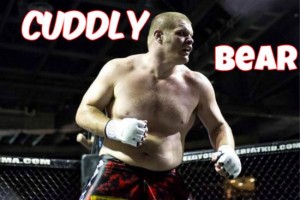 Just a heads up, you will not hear from or read about a more humble, soft spoken and driven man today than Josh “Cuddly Bear” Copeland. The undefeated heavyweight joined Pro MMA Now Radio to talk about his upcoming main event bout at Resurrection Fighting Alliance 16 on July 25th. Turns out this guy is probably one of the nicest guys that would probably ever knock you out in competition.

Prior to making his run through the professional ranks with relative ease to this point, Copeland got his first taste of combat sports in 2002 , right out of high school, as he went to Arkansas for a tough man competition. The only thing he really knew was to hit the other person as hard as he could. He didn’t really know how to stand to throw punches! For his efforts that night he won $1000 and a championship belt.

Copeland followed his youth pastor to Shepherdsville, Kentucky where he studied at Southern Seminary. While there he played semi-pro football for the Louisville Bulls. He spent a  couple years in the Bluegrass State before heading to Texas and Dallas Baptist University in 2005. While sitting in a history class a friend told him about jiu jitsu and invited him to Travis Lutter’s gym. He began training and stuck with it because he loved the competition. The thought of fighting hadn’t crossed his mind until he met UFC veteran Justin Wren. Wren was a 6-0 professional at the time and the two became training partners. Following Wren’s appearance on The Ultimate Fighter Season 10, Copeland moved to Colorado. He’ been there since.

Copeland said his upcoming fight with Jan Jorgensen is the biggest fight of his career but he isn’t trying to put any added pressure on himself. He considers it a blessing to be able to fight someone like Jorgensen. He is excited to be able test himself and says it should be fun.

Someone’s “0” has to go when the two giants collide at RFA 16 on July 25th live on AXS TV. You can get all of your results and play by play here on ProMMANow.com. Take a minute and listen to the interview in the player below. Josh joins the show just after the 51 minute mark