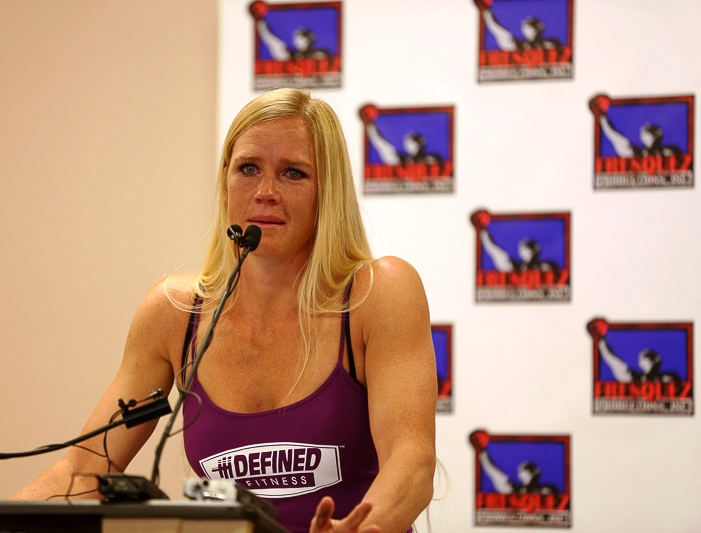 The newest UFC women’s bantamweight addition Holly Holm made an appearance on the “Inside MMA” show that airs on AXS TV. Holm spoke on how she wants to sort of ease into the UFC and see where things go. She also spoke on UFC women’s bantamweight champion Ronda Rousey and how they match up. Also, she indicated that she may be able to return to the cage in October or November as she is recovering from a broken arm in his last fight. Check out the video interview below:

2 thoughts on “Holly Holm doesn’t want to be thrown to wolves, would take fight with Ronda Rousey”