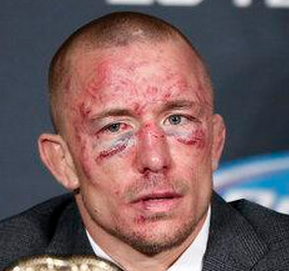 Last week it came to light that former longtime UFC welterweight champ Georges St-Pierre submitted a letter of support to the courts on behalf of Jimmy Cournoyer, aka “King of Pot”, a Quebec native who is currently awaiting sentencing for pleading guilty in 2013 of running a $1 billion drug ring that smuggled Canadian marijuana into the U.S. St-Pierre formerly trained and partied with the kingpin and formed a friendship with him. The retired UFC fighter now says the letter of support he signed for Cournoyer was a mistake.

Here’s the statement St-Pierre has released for his fans who were taken aback by the news of his association with the drug lord (via Facebook): 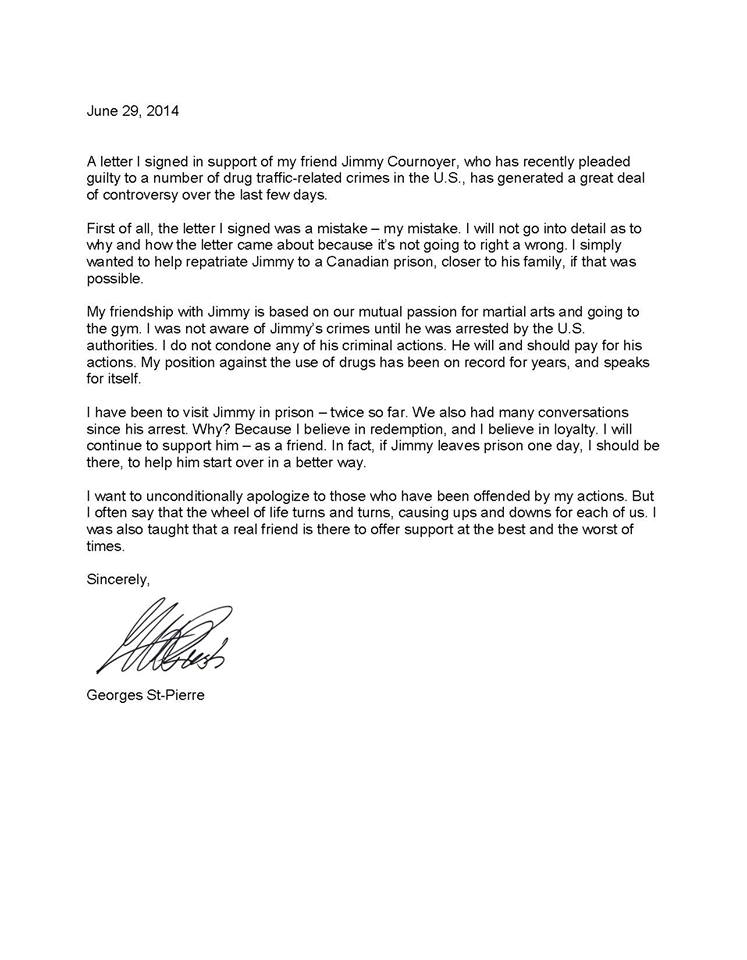 What do you think of St-Pierre saying “it was a mistake” on one hand, but then he is still showing support for the guy? Is this a loyal friend, or just weird? Apparently there’s more to the story as GSP says, “I will not go into detail how the letter came about”.
[ads1]
[ads2]