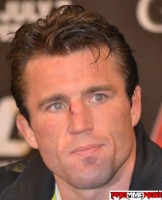 On August 9th Metamoris will be having its fourth event. Chael Sonnen vs Andre Galvao will be headlining the show, while Dean Lister vs Josh Barnett will be the co-main event.

A secret match has also been announced in addition to the other matches. Metamoris hit the jackpot with Sonnen and Barnett. Jiu Jitsu is not a very spectator friendly sport so far, but this could change all that. Chael P. Sonnen is one of the most popular mixed martial artists and analysts alive. Having him compete on this card was a stroke of genius. Sure Metamoris has had MMA guys compete before, but none of this caliber.

Josh Barnett was also a great pick up. He is a skilled submission artist with charisma to boot! Both of these guys should do a fine job promoting this card and the sales should shoot through the roof. However, casual fans may come to watch Sonnen or Barnett but stay for Galvao and Cornelius. Metamoris truly has the best Jiu Jitsu artists in the world. This was a big step towards making Metamoris a bigger name and giving the sport of Jiu Jitsu the exposure it rightfully deserves.