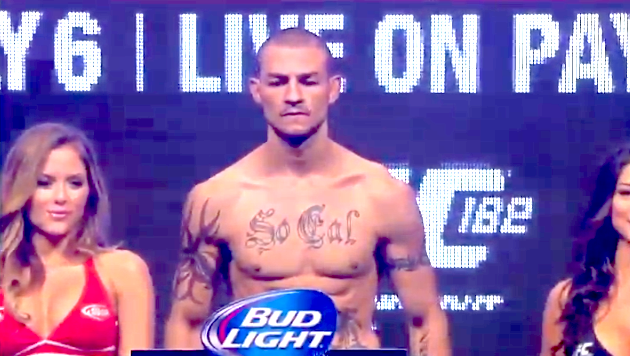 Cub Swanson is on a six fight winning streak and has been more than impressive in those wins. He is a fighter who keeps a relentless pace and finishes fights. He chatted with the UFC Tonight crew about his UFC Fight Night main event this Saturday where he meets hard hitting Jeremy Stephens.

Swanson has been training with boxing star Timothy Bradley and feels that his head movement will play a factor. If Stephens can’t hit him he can’t knock him out right? He’s always had strong cardio and the the thoughts of a five round fight are good in theory but Swanson said “I prepared for five rounds early in my camp, but I’ve forgotten about that now. I’m just preparing for two rounds because that’s all I need.”