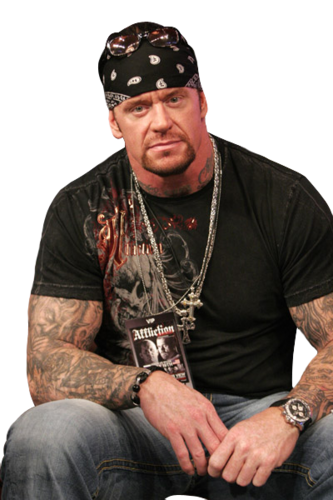 On August 12, 2002 after Monday Night Raw ended The Undertaker ordered Booker-T to do a Spinearoonie. Booker agrees and does it, but what The Undertaker wasn’t aware of, was that Vince McMahon had set him up.

After Booker’s Spinaroonie, he tried to get The Undertaker to do an The Undertakerroonie. Taker refused, so The Rock came down to encourage Taker. Taker still refusing, Triple H came down and declared that Taker No Balls unless he did The Takerroonie. Which if it were him, he would have no problem doing one.Taker again refuses and The Rock and HHH decide that if Taker does it, they would too.

Then Christian, Test came out to see Taker do the Takerroonie, and insured that was the only reason they were there. Shortly after Vince McMahon came down, stating if he can do one so can Taker. Vince does his Vincearoonie and HHH made fun. Then Goldust did The Goldaroonie. Taker still refused. HHH finally decided to do his Tripleroonie which like Vince’s was an epic fail, and gave Taker an opening to bail.

After HHH finished his Tripleroonie, Taker choke-slammed him and, Christian Test saw a chance to fight The Rock Booker. Meanwhile Taker had driven off on his motorcycle. Vince was upset and left as well. After The Rock Booker managed to beat Test Christian The Rock asked Triple H if Taker had broken his neckaroonie. Triple H fights back by saying he hasn’t seen The Rockaroonie.

The Rock being the only one left in the ring whom hasn’t done it, took the challenge and did The Rockaroonie, then quickly took down HHH.