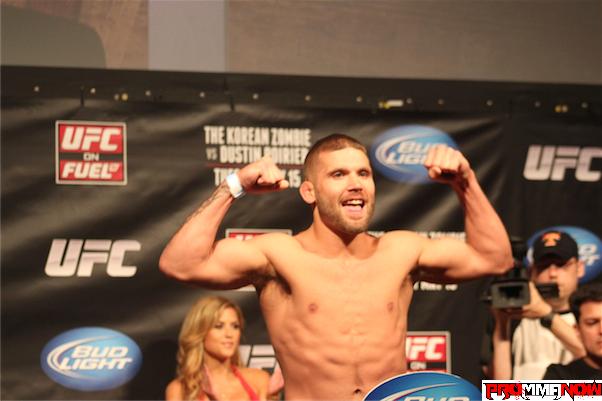 Jeremy Stephens is hoping to make it 4 wins in a row when he faces No. 4 ranked featherweight, Cub Swanson, at UFC Fight Night 44 in the main event.  Stephens says his fight is for the number one contender spot and the winner will get the next shot at the 145 pound king, after Jose Aldo and Chad Mendes square off. Here’s what Jeremy said to the folks at Bleacher Report

Lining this fight up, we were told it’s a four-man tourney: Cub vs. myself and [Chad] Mendes vs. [champion Jose] Aldo, winners meet for a championship bout at the end of the year,” Stephens said. “I don’t really have anything to think or worry about other than putting all of my focus on this fight, then everything will fall in its place. The opportunity means the world and I’m not taking my dream for granted.