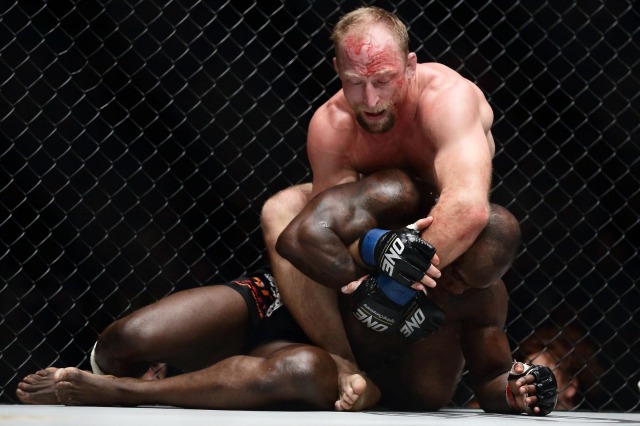 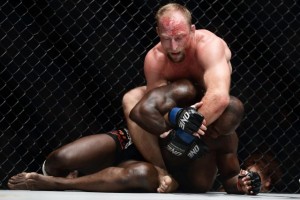 “Brock Larson is amongst the best submission fighters in the world and an incredible addition to our tournament field of world-class talent,” said BattleGrounds MMA President and Olympic wrestling gold medalist Kenny Monday.  “We have on our hands a sensational lineup for BattleGrounds MMA’s first one-night, eight-man tournament, and are going to deliver a very memorable night of action for fans on June 27.”

A 12-year veteran of professional MMA, Larson is also the most seasoned one-night tournament competitor in the BattleGrounds MMA eight-man field, with experience dating back to March 12, 2004 when he overcame Brian Maceachern and Alex Gasson, both by way of armbar submission, in the semifinal and championship stages of a four-man tournament in Minn.

On July 23, 2005, Larson took his first eight-man tournament by storm, finishing three consecutive opponents, beginning with DaMarques Johnson, whom Larson tapped out with a keylock in the third round (1:02) of their quarterfinal stage matchup.  In the semifinal stage, Larson forced Ryan Jensen to tap from an onslaught of punches in the first round (1:39) and, in the championship showdown, Larson again used a keylock to submit Ryan McGivern in the first round (2:09) of battle.

Born and raised on a beef farm in Brainerd, Larson developed a strong work ethic during his childhood.  He competed as a high school wrestler before being introduced to Brazilian Jiu-Jitsu and, later, meeting famed world champion Sean Sherk and master trainer Greg Nelson who took Larson under their wings and geared him up for a career in MMA.

Tickets for the BattleGrounds MMA event, priced from $65, can be purchased online at www.bokcenter.com as well as at Arby’s Box Office at the BOK Center, all ticket outlets, or by calling 1-800-7-BOKCTR.

BattleGrounds MMA (www.battlegroundsone.com) is a world championship professional Mixed Martial Arts (MMA) promotion designed to place combative sports athletes on a major stage in the most challenging and exciting format possible: one-night, single-elimination tournaments that reveal the toughest competitors in their respective weight divisions.  Launched by Olympic wrestling legend Kenny Mondayand Bryan O’Rourke in 2012 as a regional organization in Tulsa, OK to unearth promising new talent in one of MMA’s biggest hotbeds, the promotion is quickly capturing the hearts of fans nationwide as it brings about an exciting new era in the world’s fastest growing sport.

About the BOK Center:

The BOK Center is Tulsa’s state-of-the-art sports and entertainment venue that opened in fall 2008. The 19,199-seat arena is home to the WNBA Tulsa Shock and the CHL Tulsa Oilers. The BOK Center was designed to host major concerts, family shows, ice shows, and other world class entertainment. Owned by the City Of Tulsa, the BOK Center is part of Vision 2025, a project to grow economic and community infrastructure for future generations. In 2011, the BOK Center won the prestigious International Association of Venue Managers (IAVM) Venue Excellence Award.