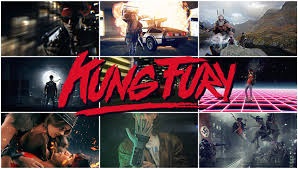 Kung Fury has a lot of buzz and rightly so. This trailer is so over the top that it is awesome. It has taken the best – and worst – of 80’s action movies and made a monumental internet win. The movie will be released soon.

Kung Fury is an over-the-top action comedy that has it’s foundation in 80s cop movies.