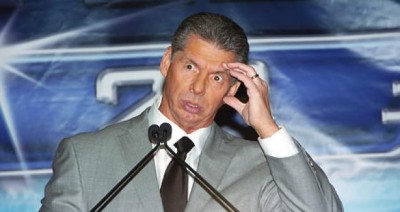 STAMFORD, Conn.–(BUSINESS WIRE)– WWE (NYSE:WWE) today announced financial results for its first quarter ended March 31, 2014. For the quarter, the Company reported a Net loss of $8.0 million, or $0.11 per share, compared to Net income of $3.0 million, or $0.04 per share, in the first quarter last year. The decline in Net income was driven by the Company’s launch of an over-the-top (OTT) digital network and lower results from its video game licensing business, due primarily to the transition to a new licensee. These factors were partially offset by improved results from the Company’s filmed entertainment business.

For the quarter, our earnings reflected the launch of our WWE Network, which delivers unparalleled depth of programming, ease of use and value to our fans. With almost 670,000 WWE Network subscribers in the U.S. and nearly 400,000 domestic pay-per-view buying homes for WrestleMania 30, we are confident that we will reach our goal of 1 million subscribers by the end of 2014, stated Vince McMahon, Chairman and Chief Executive Officer. To drive WWE Network subscriber growth, we are highly focused on further developing our programming, expanding distribution platforms and executing customer acquisition campaigns. The expansion of WWE Network in the U.S. and international markets will provide a platform for long-term growth over the coming years.

As we launched WWE Network, we invested in marketing, programming and customer service. Although our earnings declined in the quarter, our performance surpassed our guidance, which targeted a range of Net loss from $12 million to $15 million, added George Barrios, Chief Strategy & Financial Officer. Regarding our TV licensing agreements, we are continuing to negotiate with potential distribution partners in the U.S. and India. Over the past several years, we have invested in people, content and technology, and we continue to believe the successful execution of our key initiatives could potentially result in doubling or tripling our 2012 OIBDA results to a range of $125 million to $190 million by 2015. We will provide more information and further guidance for 2014 and 2015 as appropriate.

For the second quarter 2014, the Company expects Net income to decline sequentially from the first quarter this year by a range of $7 million to $10 million, resulting in a Net loss of $15 million to $18 million. The decline in earnings reflects increased Live Event profits due to WrestleMania 30, which are expected to be more than offset by increased Network costs, a seasonal decrease in Licensing and lower results from Home Entertainment (reflecting difficult comparisons to first quarter adjustments).

During the three months ended March 31, 2014, the Company launched WWE Network, which changed the way that certain content is delivered to our customers. In conjunction with this change, management reevaluated the way it views the business. The launch of WWE Network coupled with the continued convergence within the media landscape, has resulted in a change in the Companys management reporting to its chief operating decision maker. These changes necessitated a change in the Companys segment reporting to align with managements operational view. The Company now classifies its operations into ten reportable segments, which include the following: Network (which includes our pay-per-view business), Television, Home Entertainment and Digital Media, individual segments that comprise the Media Division; Live Events; Licensing, Venue Merchandise, WWEShop, individual segments that comprise the Consumer Products Division; WWE Studios and Corporate and Other.

In the prior year quarter, the Company recognized an estimated net positive impact to revenues of $2.0 million and $3.4 million in Operating income related to the transition to a new video game licensee, Take-Two Interactive. Expenses in the prior year first quarter also included a $4.7 million film impairment charge. In order to facilitate an analysis of financial results on a comparable basis, where noted, first quarter 2013 results have been adjusted to exclude these items. (See Schedule of Adjustments in Supplemental Information).

Revenues of $125.6 million increased 1% versus the prior year quarter as growth in North America was largely offset by lower revenues in international markets. North American revenues increased 4% from the prior year quarter driven primarily by the increased monetization of content as reflected in the Companys Media division, including revenue from Home Entertainment, Network, and Television, as well as improved performance by WWE Studios. These increases were partially offset by reduced licensing royalties associated with the Companys video games. Revenues from outside North America decreased 9% driven by the impact of the Company’s video game transition and the absence of live events in international markets (versus three events in the