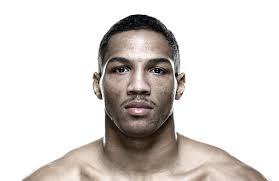 UFC officials have added another fight to the TUF 19 Finale that’s set for July 6 in Las Vegas. Lightweight fighter’s Kevin Lee and Jesee Ronson have agreed to do battle at the Mandalay Event Center.

The event will be headlined by the featherweight bout between TUF coaches BJ Penn and Frankie Edgar.

Lee (7-1) is coming off a unanimous decision loss in his promotional debut against Al Iaquinta in February. The previously unbeaten fighter has won four bouts via submission and three via judges decision.

Ronson (13-4) has lost both of his UFC bouts, including a split decision loss to Francisco Trinaldo in his last outing in February. Ronson has won six fights via TKO/KO and four via submission.