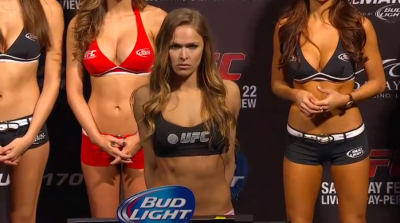 Not Gina Carano but Alexis Davis will be next in line for UFC women’s bantamweight champ Ronda Rousey. The fight will happen at UFC 175 on 4th of July weekend in Las Vegas!