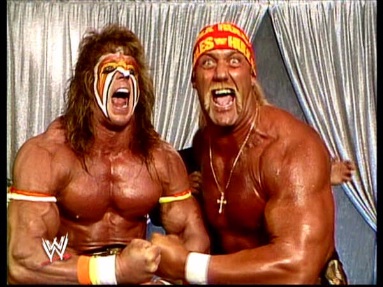 In honor of the ultimate warrior’s induction into the WWE Hall of Fame this weekend we bring you a classic video.

In the build up to Wrestlemania 6 Hulk Hogan had to look over his shoulder because his opponent Ultimate Warrior wanted to crash his plane. It was billed as the “Ultimate Challenge” and the buzz was around the match until Warrior cut this now infamous promo. Check out the video that features Hogan’s promo first and Warrior’s INSANE response.