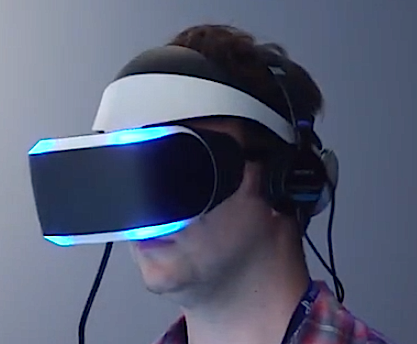 Sony unveiled this week they are working on a new virtual reality headset, Project Morpheus, for the PS4. In this interview with Shuhei Yoshida, President of Sony Worldwide Studios, he explains the concept, where they are in development and how this move into virtual reality could change gaming forever.

Like many other things that at one time was considered “science fiction”, the idea of virtual reality gaming seems to be on its way to becoming a possibility for the consumer. I’m skeptical if it could really change gaming forever, but then again, look at the evolution of motion sensory gaming such as with the Wii and Kinect.

I will say, with The Matrix being one of my all-time favorite movies, I can definitely appreciate the “Morpheus” homage.

What do you think, could you get into something like this?