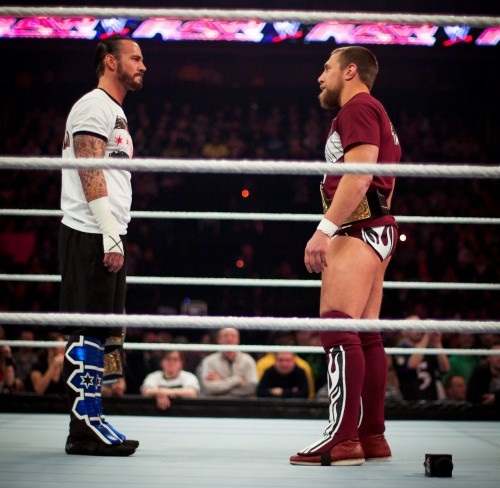 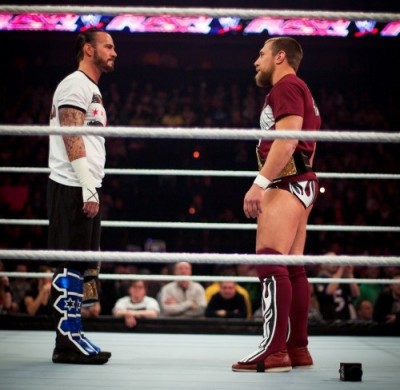 Yes, it’s pro wrestling and yes it’s fake. That doesn’t make it any less fun at times. Last night on RAW perennial underdog Daniel Bryan occupied the ring with dozens of fans adorned in his t-shirts. They refused to move until WWE COO Triple H came out and addressed him. The end result was that Daniel Bryan got his wish. Not only is he facing Triple H at Wrestlemania, but he is now guaranteed a spot in the main event if he beats him.