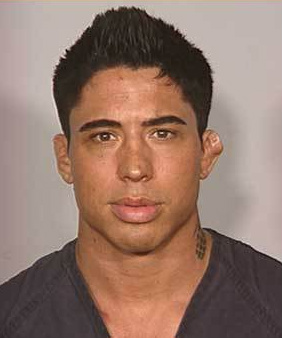 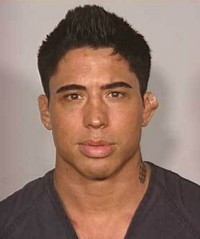 MMA fighter War Machine recently posted a vitriolic rant against 24 Hour Fitness due to their “no chalk” policy.

If you haven’t seen the video, here’s the gist of it:

WM was engaging in a particularly heavy set of weighted pull-ups. To aid in his lifting efforts, he was using CHALK. Suddenly a snippy old man – apparently a 24 rep – confronted WM about his illegal use of chalk in the gym. The man explained that 24 Hour Fitness has a “no chalk” policy. The conversation escalated into something that made WM feel like he was going to ‘snap’ and beat the old man senseless.

This altercation was so unacceptable to WM that he promptly cancelled his gym membership. He left the gym and immediately shot a video in which every other word was ‘fuck this’, ‘fuck that.’ Then he posted the video on YouTube for all the world to see. The underlying message of his rant was “Fuck 24-Hour Fitness. If you’re a War Machine fan, you won’t go to their gym.”

He also threw in a few jabs at Chevron, explaining that the gas station had once denied WM the ability to get gas – because they wouldn’t accept his hundred dollar bill.

I was quite shocked when I heard that WM was ranting against something. (Insert: sarcasm.jpg). After I recovered from my shock, I began reflecting on WM’s never-ending tendency to victimize himself. He puts most of his power outside of himself, thereby making his world inhospitable to him.

I’ve tracked a large majority of War Machine’s activities over the past 2 years, and I’ve rarely ever seen him take full responsibility for the situations he gets himself into. He is committed to believing that the problem is always “out there.” What I HAVE seen him do is repeatedly blame outside circumstances for how he feels, how he behaves, and what happens to him in life.

I don’t think War Machine is a bad person – he just doesn’t understand how to use his mind to get the results he wants. If he can grasp the concept that HE creates everything in his own life – whether he does so consciously or unconsciously – he’ll be able to take his power back. I’m talking about his real power – not the puffed up, chest-beating, “alpha douche” power that he tries so hard to exert on everyone (a la his angry rant against 24 Hour Fitness).

For a deeper discussion on War Machine’s behavior, check out my YouTube video here.