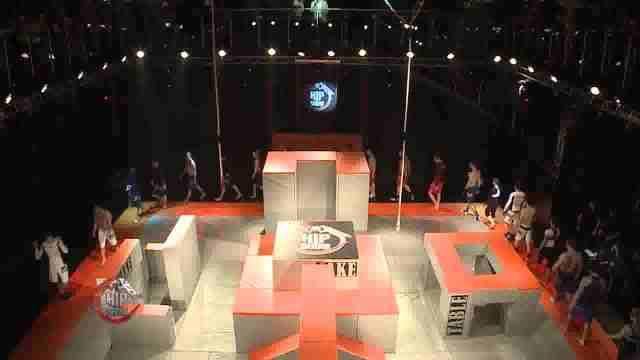 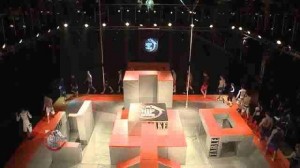 HIP SHOW: ARENA COMBAT is a two-on-two competition that takes place on a battleground aptly named “The Arena.” “The Arena” includes five different obstacles that present a realistic, urban-style of combat. Fighters look to score points through striking, grappling and controlling the obstacles. The HIP SHOW: ARENA COMBAT tournaments are contested in the 70 kilogram lightweight (about 154 pounds) and 80 kilogram middleweight (about 176 pounds) weight classes, and in a round robin format.

Internationally renowned ring announcer Cyrus Fees delivers the play-by-play and MMA veteran and coach Casey Oxendine provides color commentary throughout the program. Said Fees, “There’s nothing like making history, and I truly believe this will blow the minds of the North American MMA fan.”

“HIP SHOW: ARENA COMBAT is the craziest MMA based event I’ve ever seen. Once you watch the preview clip [Ed. note: We’ve embedded it at the top of the post] you will understand why we are so excited to bring this competition to North American television,” said AXS TV FIGHTS CEO Andrew Simon.

ABOUT HIP SHOW: ARENA COMBAT
Hip Show is a Russian-based show, owned by the ProRock organization. Originated in 2012, Hip Show broadcast its first season to record ratings in Russia. Gaining unprecedented success on Russian television and receiving over a million Internet views, Hip Show produced a second season and has been green-lit for a third in Russia. The show is currently broadcast to an audience of over 14.5 million across Europe and Asia.