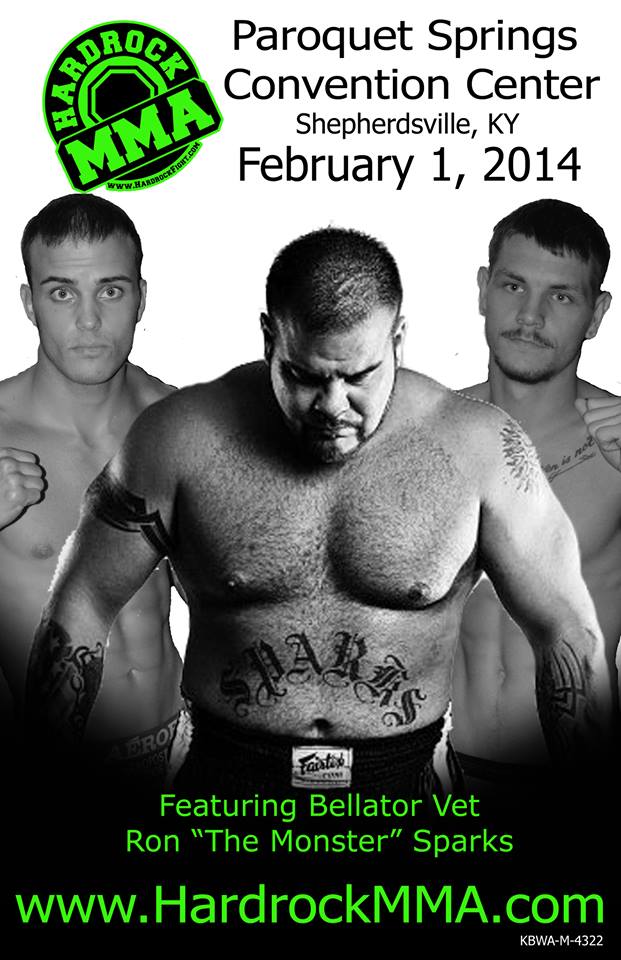 It has been one of the most talked about events in recent memory for Hardrock MMA. There is good reason for the buzz. The fight card has been put together with some of the most competitive  fights and rising stars throughout the state. The 2014 campaign kicks off  tonight in Shepherdsville  for Hardrock MMA 60. The loaded line-up features Bellator veteran Ron Sparks returning home for the first time since 2010. Undefeated Nathan Maness will look to keep a massive winning streak intact when he fights fellow unbeaten Brandon Sandefur. Add in to the mix that two of the three Ferguson brothers are on the card and the professional side is reason enough to show up.

The professional fights are good but there are some amateur fights that might steal the show. Adam Fritz will defend his bantamweight title against undefeated Jeff Mack in a fight that will determine the number one bantamweight possibly in the midwest but definitely in Kentucky. Knockout artist Kendale Young is back at it as he looks to put back to back wins together against the always exciting Cameron Cain. Team AFS / 10th Planet Jiu Jitsu’s David Crowe will defend his featherweight title against Alliance MMA’s Kris Evans. Crowe’s teammate Emily Bartee will make her amateur debut against Amy Holland as well.

The door’s of the Paroquet Springs Conference Center will  open at 6 p.m. ET with the first bout to kick off at 7:30.  For more information on the event visit www.hardrockmma.com