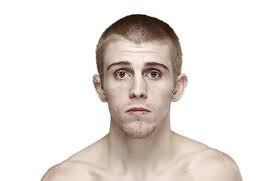 UFC flyweights Justin Scoggins and Will Campuzano will do battle at UFC 171 that’s set for March 15 in Dallas, Texas, at the American Airlines Arena.

Campuzano was originally scheduled to face Darrell Montague, but Montague has been forced to withdraw from the bout with an injury. Scoggins (8-0) made his successful UFC debut at UFC Fight Night 33, a first round TKO win over Richie Vaculik.

Campuzano (13-5) is coming off a unanimous decision loss to Sergio Pettis in his last outing at UFC 167.

The UFC 167 event will be headlined by the UFC welterweight title fight between Johny Hendricks and Robbie Lawler. The co-main event will feature Carlos Condit taking on Tyron Woodley.

Stay tuned to ProMMAnow.com for more UFC 171 news and coverage.