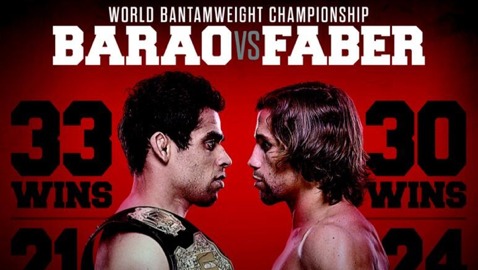 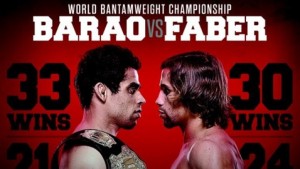 The UFC 169 PPV event is set to take place on Saturday at the Prudential Center in Newark, New Jersey. The event will be headlined by the UFC bantamweight title fight between champion Renan Barao and challenger Urijah Faber.

It will be a rematch from their UFC 149 bout in which Barao won via unanimous decision. The co-main event will feature UFC featherweight champion Jose Aldo looking to defend his title against challenger Ricardo Lamas. Also, a heavyweight clash between Frank Mir and Alistair Overeem is on tap. Let’s get into the five huge questions going into the event:

Will Urijah Faber finally be able to capture UFC gold?

Faber has been on a mission since his last lost against Renan Barao. In fact, he has looked like a totally different fighter over the past 2-3 fights. In fact, he rattled off four consecutive wins in 2013, finishing three of those opponents via submission. He earned the title shot due to an injury to his nemesis Dominick Cruz, but there is no other bantamweight more deserving than Faber. However, he’s a sizable underdog, being that he lost convincingly against Barao a little over a year ago, and Barao has looked unstoppable on his UFC run. Faber has shown improvements in his striking, which is where the real advantage lies for Barao, and he’ll need to be competitive there while mixing in all of his other skills to dethrone the champion.

Is this Jose Aldo’s last fight as a featherweight?

UFC featherweight champion Jose Aldo is the most dominant champion in UFC history. In fact, he is the only featherweight champion in UFC history, defending the title six times after being promoted to UFC champion once the WEC merger took place. He has essentially cleaned out the featherweight division aside from his next opponent Ricardo Lamas. There have also been rumors of Aldo having an increasingly tough time of making the 145 pound weight limit. So with no real motivation to keep losing the weight, and a huge fight with Anthony Pettis looming(because there are no clear lightweight contenders at the moment) this could very well be the last time we see Aldo at featherweight.

Which heavyweight will keep their spot on the UFC roster?

UFC President Dana White has gone on record that the loser of the heavyweight fight between Frank Mir and Alistair Overeem will be cut from the UFC. Mir has lost his last three fights, and Overeem has lost his last two bouts in the UFC. Both fighters are merely gatekeepers for up and coming fighters at this point anyway. It would be interesting to see where the loser of this bout goes in the future. Would they goto the World Series of Fighting or Bellator? I could certainly see Overeem going back overseas and fighting in the ONE FC promotion. Who do you think gets it done on Saturday night?

The lighter weight fighters usually do poorly when it comes to big PPV numbers. If the UFC 169 card is able to do near or better than 350,000 PPV buys, I’m sure the Zuffa brass would scream “YES” and do cartwheels like Diego Sanchez before he fought BJ Penn for the title. This event features TWO title fights with names like Faber, Overeem, and Mir on the card. The first fight between Barao/Faber was able to garner around 235,000 PPV buys with a very weak supporting cast. Barao has a little more name recognition, and Faber is as popular as ever with the current run he’s on. This will be something to keep an eye on.

Will John Lineker finally make weight and establish himself as a legit flyweight contender?

Lineker has done almost everything right since losing his UFC debut. He has rattled off four consecutive wins since losing that first UFC fight, but he has also missed weight in three of his five UFC bouts. Lineker has finished three of his opponents in those four wins, but the fact that he has consistently missed weight really overshadows what he has done inside the octagon. He needs to make weight consistently and keep winning to establish himself as a legitimate challenge to champion Demetrious Johnson.

Stay tuned to ProMMAnow.com for more UFC 169 news and coverage.