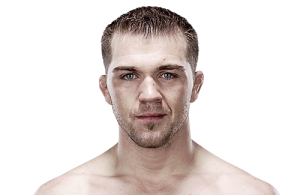 Injury making headlines today. The UFC announced a couple changes to upcoming cards and one of those include surging bantamweight Bryan Caraway. We learned earlier that Caraway has been forced to withdraw from his UFC 170 bout with Lucas Martins. At this time Martins has not been given an opponent for the February 22nd engagement.

Caraway had been out of action for awhile. He was last in action at UFC 159 in April of 2013. He was one of Miesha Tate’s coaches on The Ultimate Fighter 18. Martins on the other hand fought three times in 2013 going 2-1 and suffering the only defeat of his career. He has won back to back fights and has only been to a decision once in fourteen wins.

UFC 170 is being headlined by Caraway’s good pal Ronda Rousey as she defends her bantamweight title against fellow Olympian Sara McMann. The event is scheduled to take place on February 22nd at Mandalay Bay Events Center in Las Vegas.  Check out the lineup here and stay close to ProMMAnow (www.prommanow.com) for all of your coverage on this event.