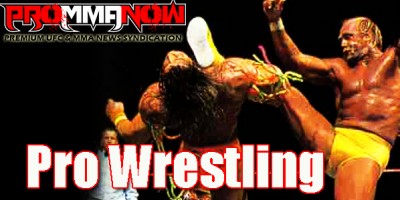 Despite the internet wrestling community’s desire to see the Goldust and his brother Cody Rhodes face off it looks like it’s not going to happen. Goldust Tweeted the following:

“Regardless of what anyone up in here thinks, i LOST interest in fighting my bro! Won’t happen! We are tight, we are #TheBrotherhood”

Wrestling legend Bobby Eaton has been released from the hospital. He had been in and out for weeks due to complications from diabetes and other issues according to Lords of Pain

In an interview with WWE’s press team Lord Tensai revealed his plans for his life as a commentator.

“As far as my future goals, I hope to be a regular commentator on NXT. From there, I hope to be part of a team to call Raw or SmackDown. I would also like to be a trainer and producer for WWE at some point. I like to set lofty goals and tackle them a day at a time.”

“Congrats to @JRsBBQ. Fox Sports is lucky to have him. Looking forward to reading/hearing more from JR.”