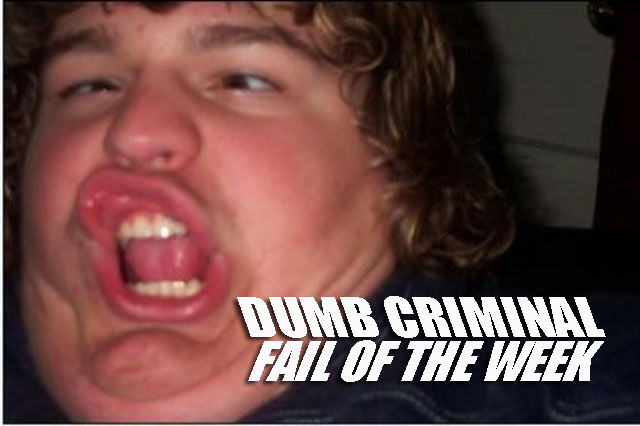 America has some very stupid people let’s face it. Most of them are criminals. Today’s story comes to us from our friends at the America’s Dumbest Criminals site. It is about a man who got arrested twice…in one night!

Donald Gartner of Port Richey, Florida, downed a six-pack of beer and a handful of Oxycontin Sunday night and proceeded to get arrested for causing a ruckus at his neighbor’s house. He found himself released from jail a few hours later, but wasn’t done raising hell. Shortly after being released, he was arrested again for trying to break into cars in the visitors’ parking lot of the jail he was just released from.

Gartner’s substance-fueled trouble began when Pasco County Sheriff’s Office deputies found him crawling out from underneath bushes at his neighbor’s house, according to The St. Pete Times. His shorts were sagging low on his waste and on backward. A witness claimed he had been peeing in the bushes. Witnesses also claimed he banged on his neighbor’s door, broke the glass panel of a porch light, and then ripped the light’s electrical wiring out of the wall.

The intoxicated 48-year-old was arrested for criminal mischief and booked at the Land O’Lakes Jail at 7:38 p.m. Gartner was released around 10 o’clock that night and was waiting in the visitors’ parking lot of the jail for a ride, but apparently he got impatient. A woman drove up in her Acura. Shortly after she got out, Gartner tried to get in. She yelled, and he explained he thought it was his car.

Shortly afterward, however, he tried breaking into yet another car. A deputy was watching this time, and less than two hours after his release, Gartner was taken back to jail.​Gartner was charged with two counts of attempted auto burglary. His bail was set at $10,000, and he’s still sitting behind bars.

I wish we could make this stuff up but we can’t.