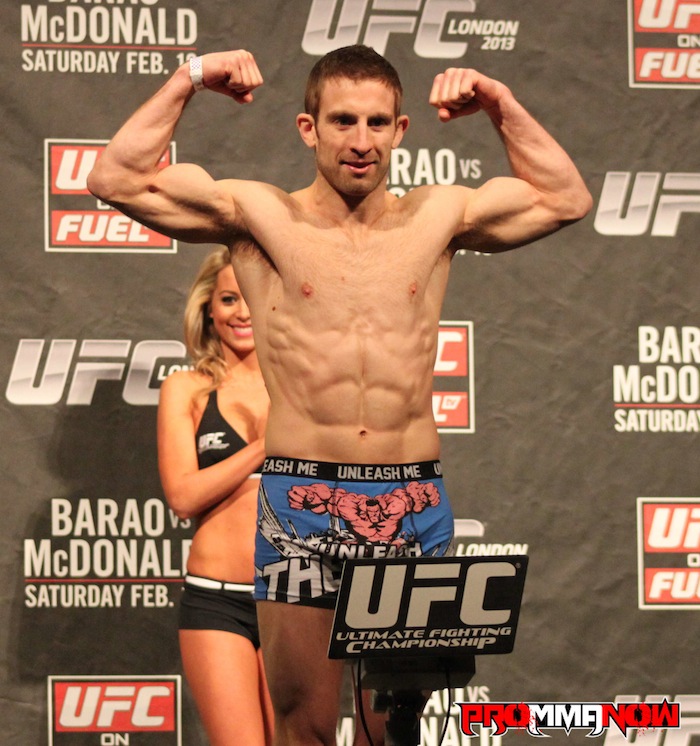 Louis Gaudinot (6-3) will come into this fight off a unanimous decision loss to Tim Elliot at UFC 164. Gaudinot is (1-2) in the UFC after competing on season 14 of The Ultimate Fighter. His lone win was a Fight of the Night performance with a second round submission win over John Lineker.

Phil Harris (22-22, 1NC) will come into this fight off TKO loss to John Lineker at the UFC Fight Night 30 event. Harris is also (1-2) in the UFC with his lone win coming against Ulysses Gomez.

The UFC Fight Night 37 event will be headlined by the light heavyweight bout between Alexander Gustafasson and Jimi Manuwa on March 8 at the O2 Arena in London, England. The event will be available via the UFC Fight Pass subscription service.

The co-main event will a lightweight rematch between Ross Pearson and Melvin Guillard.