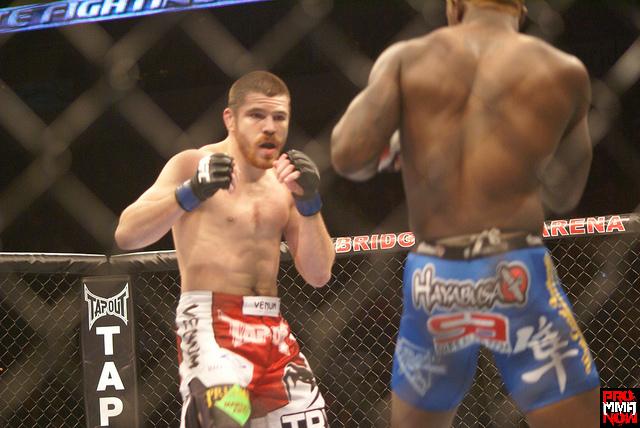 Two fights deep into the UFC 168 main card and we have two first round finishes. Jim Miller and Fabricio Camoes started off trading shots but in the end it was an arm bar that forced the jiu jitsu black belt Camoes to tap out.

Camoes went for a head kick that Miller caught. The fight went to the mat and Miller worked in a nice arm bar that at first didn’t look like it was much but after an adjustment was exactly what it took to make Camoes quit. It was the first time Miller had seen action since his fight with Pat Healy back in April. It puts him back in the win column.

Camoes drops his second fight in a row after beating Tommy Hayden in his UFC debut.

For full UFC 168 results and play by play click here and stay close to ProMMAnow (www.prommanow.com) for more.