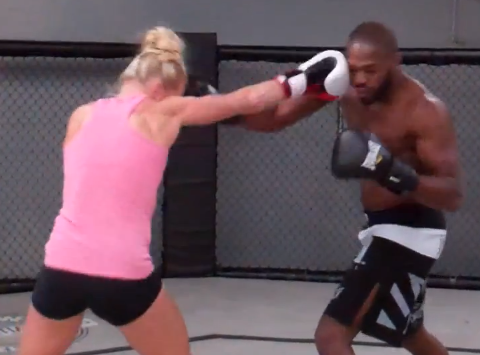 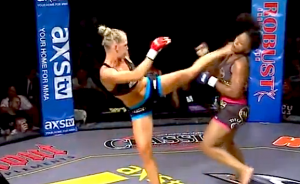 It was announced last night on AXS TVs Inside MMA that Holly Holm (6-0) will return to Legacy Fighting Championship to fight for their inaugural bantamweight title. She will meet Brazilian Juliana Werner (7-3) for the strap.

Next up for @_HOLLYHOLM: Juliana Werner and @legacyfighting Title Shot in April @AXSTVFights

On December 6th Holm notched her sixth straight win. In a fight that took place in Albuquerque, she out pointed Angela Hayes on her way to a unanimous decision. Of course we know that Holm was a multiple time world champion in the boxing world but has made that transition MMA with relative ease. Prior the the Hayes fight she had finished each of her opponent with a (T)KO. She has won two in a row under the Legacy FC banner.

From Brazil, Werner has won five fights in a row dating back to 2006. She last fought in August where she won a three round decision over Deise Lee Rocha.She has four (T)KO’s her self to go with three decision wins. Although she has lost three times, it has all been to the same person. She fought Invicta FC’s Vanessa Porto three times in under 18 months and was submitted on two of the occasions.

It appears that Legacy FC may venture out of Texas and bring the show to Holm’s backyard. According to a MMAJunkie.com report, the event is expected to take place in Albuquerque. The date of the event has not been announced.