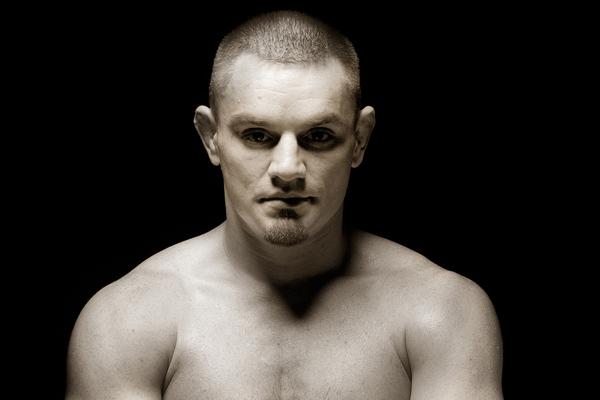 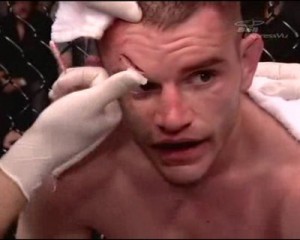 Following his vicious knockout victory over Dwayne Lewis at World Series Of Fighting 7 this past Saturday, Kalib Starnes caught up with ProMMAnow.com’s Jason Kindschy to discuss the win, fighting for WSOF, his resurgent career and his future in MMA .

Congratulations on the impressive victory over Dwayne Lewis at WSOF 7, is that how you anticipated the fight going?
“I was planning to walk him down and feint a lot and try to set a pace that he would be uncomfortable with and put a lot of pressure on him. I don’t think you have really seen anybody that could walk him down before, I felt like he was used to fighting at a certain pace and if I could set a faster pace then he liked I could break him down. I think that strategy worked out for me.”

The elbows thrown to finish the fight were vicious, the standing elbow strike K.O. is not common in MMA and the finish is likely to be immortalized in the WSOF highlight reel. Were those strikes something you had specifically been working on for this fight or were they just impromptu?
” I was actually kind of surprised because I definitely didn’t land my best elbows on him. I threw my shoulder into it really well and I could feel the impact really jarred his head, it’s when you cause that kind of snap or jolt that people go unconscious. I could feel that kind of vibrate through his head when I was holding it with the other hand.”

It appeared the elbow that rendered Lewis unconscious landed right on the jaw line, would you say that is accurate?
“I think the first one landed on up on his head more and I think the second landed on his cheek bone because I saw it start to bleed when he fell down.”

Since you both are fellow countrymen, who did you think the Canadian fans were going to side with on fight night?
“I had a good response from the crowd that night and I felt people were pretty receptive to me. I’ve had three knockout wins on my last four fights and I’ve fought some of the better guys around here, you know? I fought guys at heavyweight, light heavyweight and middleweight in the past sixth months. Like with Tim Hague, he was cutting to 265 and I was walking around at like 215, so it wasn’t easy to knock him out. He has a huge head to begin with and I was hitting him with a lot of right straights and kicks to the head and he wasn’t going anywhere. I staggered him a couple of times but just his bone structure alone, the guy is built like a true heavyweight.”

You channeled your inner Nick Diaz for this fight, I am wondering if you genuinely didn’t like Dwayne or were you just trying to bait him into exchanging and put on a show for the crowd?
“It doesn’t have anything to do with him personally. It doesn’t really matter who it is, it’s just the nature of the sport and it’s the mentality that you have to have when you go in there. I was going in there to knock him out; that was my intention, to walk him down and knock him out. It’s not like we were going in there to play table tennis or something like that, I was trying to knock him out. If you ever fight, you realize that you’re not there to make friends, I’ll hang out with him after and he seems like a really nice guy and I have nothing against him personally but I’m trying to finish the guy off. So I’ll talk to him and say stuff and walk him down, that’s the sport of fighting right? When anybody fought Muhammed Ali, he would yell at them the whole fight, from the opening bell to the closing bell and yell at them at the weigh-ins. That just a part of it, it’s just physiological warfare. You’re trying to take fighting and clean it up and take the nastiness out of it for T.V., like trying to take the attitude and the adrenaline out of it, but it’s still there. You can cover it up and shake hands and hug and kiss or whatever, but it’s still a fight and that’s what I think a lot of people tend to forget.”

Have you ever been told to stop trash-talking during a match by a referee?
“No. And really, what does it matter if you say something to him? To be quite honest with you, if you’re allowed to shin-kick someone in the face and smash them with your elbows, but you can’t tell him that he is ugly or that he’s slow? Are you stupid? Like, ‘No don’t hurt his feelings, but you can give him a traumatic brain injury,’ come on now.”

It doesn’t get much better  as far as promotional debuts go, how happy was Ray Sefo with your performance?
“Ray told me that he liked the fight a lot. He also said that he liked Dwayne’s performance a lot too and I totally agree. Dwayne Lewis was in there the whole time and it was a good fight, he was using good technique and throwing good shots off. He wasn’t a pushover and he wasn’t an easy guy to walk down, he is a big powerful guy and threw hard. I think Ray would like to have both of us back.”

So you only signed a one-fight deal with WSOF? Have you been offered a multi-fight contract?
“No, I haven’t signed a multi-fight contract with them yet but I am definitely open to it. I’m trying to fight again right away, I want to fight again in January and I don’t have any injuries, I just got the two week non-contact suspension which is pretty standard. So I’d like to fight in January and then again in February if I can, I have been talking to a couple of guys and I’d like to fight on another World Series of Fighting card as soon as I can. I want to fight as much as I can next year, I want to be really active. I tried to fight every month this year but I was just unable to find people willing to fight me or promotions willing to put the fight together. There is not a lot of promotions in Canada and when you have to pay a fighter ten or fifteen thousand dollars and then pay their opponent and then fly everyone in, you have to have a big enough venue to bring people to. You can’t be a small promotion and put on fights like that unless guys are willing to come in and fight for nothing. So I have been trying to stay as busy as I can, I have called promoters all over Canada just trying to get fights. I last fought in August and I tried to get a fight in September and November but I couldn’t find any opponents or any promoters willing to put me into a fight. I want to fight, I have been putting on exciting fights, I had 3 knockouts in 4 fights so give me a fight!”

So just to be clear, it sounds like you were willing to take less money in order to stay active and get more fights?
“Yes, I was trying to fight for less money, I was trying to do anything I could to make the fights happen. For example, they usually fly your corner in and I was going to have another fighter as my cornerman and we would both fight and corner each other, share a room, etc. Anything I could do to try and knock the cost down for them but I wasn’t able to really get anybody. The ones who were willing to make it work just couldn’t find an opponent for me because a lot of people say a lot of things, but when it comes to getting in there and actually fighting, those people are a hard to find for some reason.”

You have clearly taken the long and hard road back to competing on primetime television with a big name promotion, did you ever reconsider this as your profession or did you always feel your hard work would eventually pay off?
“Well for me, this is the type of sport that you really have to want to be there.  You really have to want it and I want to be there right now, I want to fight and I want to win. I am in a great place mentally and emotionally, I’m very stable and focused on what I need to do, thats pretty much it. I have put in a lot of work now, more than I ever have before as far as mental and physiological preparation goes and it’s really paying off. I would say that is about half my training now and that’s what is working for me. Dealing with the mental and physical stress and remembering what you need to do, there’s a lot of things involved in this sport and it is not an easy sport.”

That transitions into my next question perfectly. What are you looking to accomplish in MMA going forward?
“I want to start fighting for some titles, I want to win some belts in the light heavyweight division. I feel really comfortable at this weight and that’s what I am looking to do, my stand-up game and my style have evolved a lot, I have twenty years of jiu-jitsu under my belt, I have been wrestling and working on everything. I am stronger then I have ever been and I feel like I am ready to start fighting more often and taking on bigger fights.”

In conclusion, Kalib gave this statement to his fans and supporters:
“Thank you to everybody for coming out and supporting me and the people who stuck by me through my low times. Not everything went smooth throughout my career but a lot of people stuck by me and those are the people I have to appreciate in my life.”