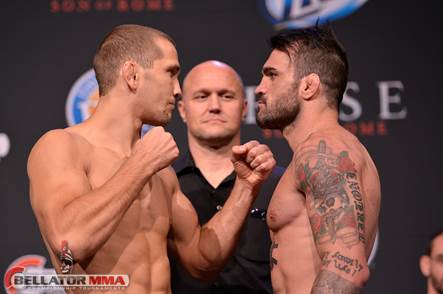 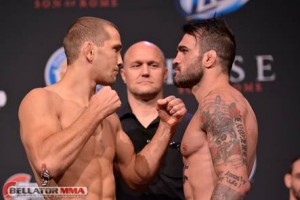 Albuquerque, NM. (October 24, 2013) – The Bellator MMA weigh-ins have been completed from The Stage Nightclub inside the Santa Ana Star Casino in preparation for the Bellator MMA’s October 25th event, which will feature the Bellator Lightweight Tournament Semifinals and a full card of local talent.