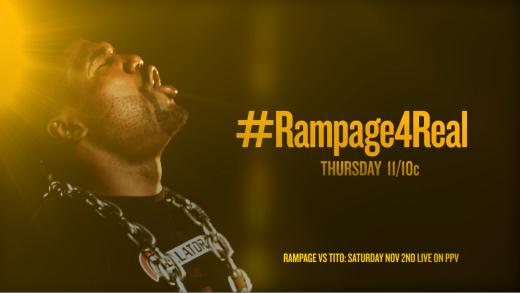 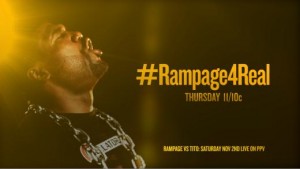 When Quinton “Rampage” Jackson signed with Bellator earlier this year he was afforded some opportunities with Viacom that included possible movie deals, professional wrestling and a reality show. He has already made his pro wrestling debut and tonight we will see the first episode of his reality show titled Rampage4Real.

In the first episode Rampage will talk about his upcoming battle with Tito Oritz.  The two had been been friends but must fight each other now with the possibility that one may not fight again afterwards.