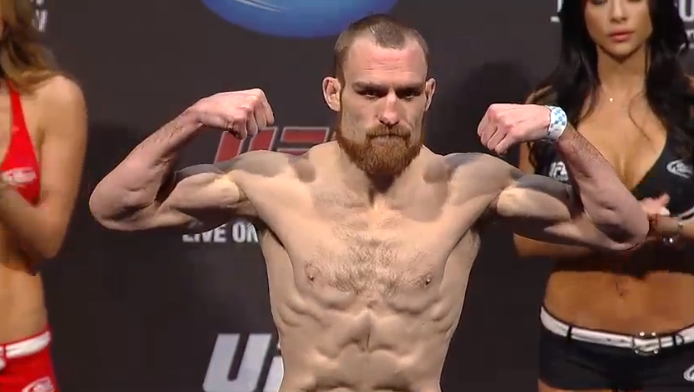 It appears that Pat Healy and Jamie Varner are set to meet at UFC on FOX 9 in Sacramento. Twitter has been buzzing about the lightweight match up that is slated for December 14th.

The former WEC champion Varner expressed interest earlier this year in a bout against Healy after “Bam Bam” dismantled Jim Miller.However, both men have dropped their most recent outings as Varner was edged on the judge’s scorecards by Gleison Tibau at UFC 164. Healy was defeated by Khabib Nurmagomedov at UFC 165 by decision as well.

Former WEC champion @JamieVarner and Pat @BamBamHealy are in for a lightweight scrap at @UFConFOX in Sac – tickets at http://t.co/uE564NGO4p

Varner is now 2-2 in his most recent stint in the UFC. He was impressive in victories over Melvin Guillard and Edson Barboza. Healy’s return to the UFC following his run in Strikeforce was met with controversey after a positive drug( THC)test overshadowed his impressive win over Jim Miller.

Stay close to ProMMAnow (www.prommanow.com) for more information on this fight and the entire UFC on FOX 9 event as it happens.