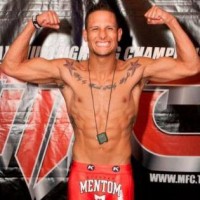 It has been a memorable couple of weeks for MFC’s Anthony Birchak (10-1). The rising bantamweight star has ran through a gamut of emotions leading up to his championship bout against Tito Jones(10-6) on October 4th. He told Pro MMA Now Radio about some of the things happening. While some very exciting announcements were being made, Birchak had to deal with the passing of a very close friend. This came around the same time that the birth of his son was set to take place. Now add those moments in with the fact that the fans voted his fight to be the main event and you get some raw emotion and mixed feelings.

Birchak credits his support system for keeping him driven and not letting him get caught up in the whirlwind of his feelings. They have allowed him to grieve, cry and celebrate but not to the point it has become a distraction. Anthony said “They’ve let me weep and let me mourn but they are like you have one day to do that.”

When it comes to measuring up in the bantamweight class, Birchak says he likes to be the unknown right now.

“I’ll gladly take the back seat and creep up through the ranks without these guys knowing who I am . When the time is right to make a big loud statement, that is exactly what I am going to do. I am going to be the Southwest’s best kept secret.”

Before he can get the the first bantamweight championship belt wrapped around him from Mark Pavelich, Birchak will have to defeat surging Tito Jones. Jones is a winner in his last three fights and is no push over.

“Tito is a good name, big name opponent. He’s fought in Strikeforce , he’s seasoned and fought some big name opponents but it is my time now. I think Tito is just going to have to see himself out.”

Anthony Birchak and Tito Jones will look to make MFC history with one to be crowned the first bantamweight champ. It all goes down October 4th at the Shaw Conference Center in Edmonton, Alberta Canada and will air live on AXS TV. Listen to the full interview in the player below.