This blog is mostly for athletes, however, anyone can benefit from it in every aspect of their life.

In athleticism (and not only), the purpose of training is to improve one’s skills. After a training period, in order to reach their highest potential, athletes are putting themselves in a special setting called “competition”.

The main reason of one’s training regimen is to reach “peak performance”. However, most athletes are making a big mistake… They are training to improve themselves, to reach their highest potential, and they compete to win against other athletes, to compare against others.

If you ask me, these are two different goals. I’m not saying it is wrong to want to win your fight/match, I’m just saying you must reach your highest potential before wanting or expecting to win against anyone.

You are a fraud if you expect/wish/want it any other way.

All this time you’ve been training with a goal and as soon as you get to the competition you start focusing on a completely different one.

If you are focusing just in winning alone, that can bring the best, or the worst out of you. It’s almost as if you gamble and you’re giving all the power to the dealer. When you lose, you’ll call that bad luck or you’ll blame someone else for it (the referee, the pressure, etc).

That’s one of the reasons why you’re experiencing self-doubt just about before entering your match/fight. Because you don’t have absolutely any control over it, because it’s not about or up to you anymore.

Remember this, all of the world records don’t occur in training; all the outstanding performances don’t happen during rehearsals… they are happening at the world stage, in competition.

Do you want to know what do you need in order to reach your highest potential?

Take advantage of the free 30 minutes coaching assessment with Leo Frincu designed to identify the obstacles that might hold you back. Thank you. 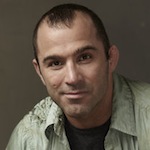