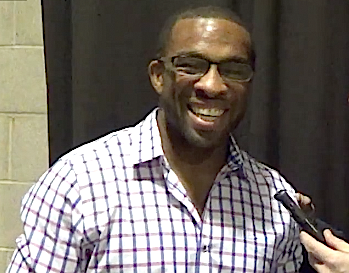 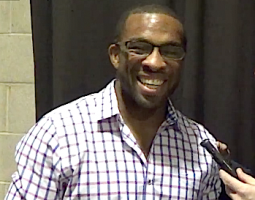 Harris informed us he injured his right hand early in the second round with Santiago and that’s why he took him down and tried to keep the fight there. Harris also admitted the one-point deduction Santiago received “saved him” or it would have been a much closer fight.

Harris discussed the Rampage-like slam he put on Santiago that he believes actually knocked Santiago out and also talked about some of the questionable reffing that took place during his bout. “Hurricane” also knows exactly who he wants next:

“I ain’t calling him [Jon Fitch] out, it’s just a respect thing. He’s a veteran. He’s a name, I’m a name. It’s just somebody I want to fight, I’m not going to disrespect him. He’s a cool guy, you know, but that is a fight I do want. I think it makes sense.”