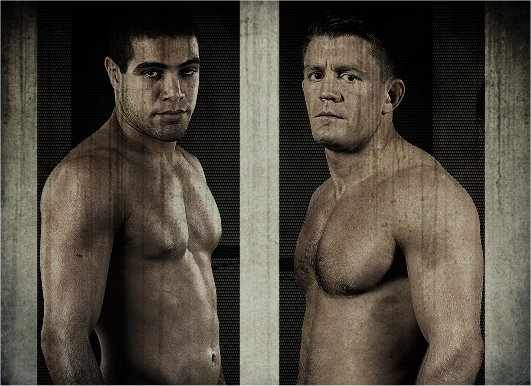 It has been a long road back to the UFC for Thales Leites. After nearly four years away from the octagon, the new and improved Leites used his hands to set up his takedowns and dominating ground game to control and batter Tom Watson over three rounds of action, earning him a lopsided unanimous decision victory.

Thales Leites showed off his improved striking skills to start, using combinations to get inside and clinch with Tom Watson. Leites then dragged Watson to the mat and went to work, threatening with repeated rear naked choke attempts, while peppering Watson with big punches. Watson managed to fight off the submission attempts but found himself behind on the scorecards after one round of action.

Leites let his hands fly to start the second, inviting and engaging Watson into a firefight. Watson closed distance and looked to work in the clinch, but the cerebral Leites took advantage of the close proximity to take Watson right back down to the mat. Leites again did damage and advanced position as the round wore on. Watson managed to score after returning to his feet, but Leites appeared to take a two-round lead into the final stanza.

It was a dominating performance for Thales Leites (21-4 MMA, 6-3 UFC) as he was rewarded a lopsided unanimous decision victory with scores of 30-27 on all cards.