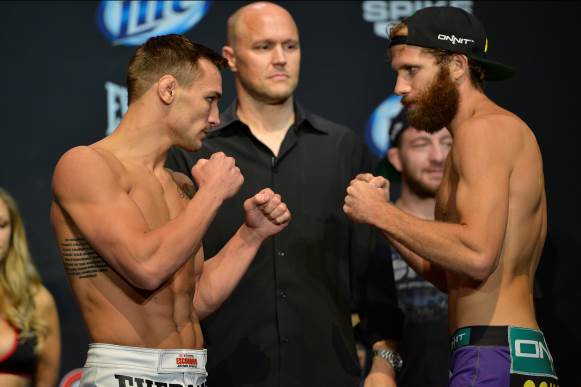 Fighter weigh-ins for Bellator MMA 97 took place this afternoon at Stage nightclub at the Santa Ana Star Casino in Rio Rancho, N.M. Headliners Michael Chandler and David Rickels both made weight for their Lightweight Title bout with Chandler coming in at 154. 4 pounds and Rickels weighing in at 154.6 pounds.

**Both Richard Jacques and Cliff Wright Jr. forfeited a portion of their purse for missing weight