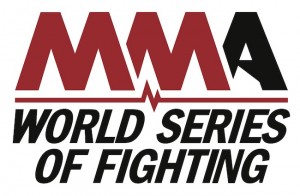 Villefort, of Coconut Creek, Fla., made his World Series of Fighting debut in March, when he earned a decision win over three-time UFC veteran Kris McCray. A 29-year-old Brazilian native and member of Florida’s famed Blackzilians team, Villefort is 5-1 in his past six fights and owns black belts in both Brazilian jiu-jitsu and judo.

Mutapcic, who was born is Bosnia and now resides in Des Moines, Iowa, makes his World Series of Fighting debut. The 26-year-old currently boasts a five-fight win streak and is an incredible 10-1 in his past 11 fights. During that run, he claimed the middleweight title of Canada’s Maximum Fighting Championship promotion but relinquished that belt to chase the World Series of Fighting crown.

Taylor, of San Diego, Calif., brings a six-fight win streak to his World Series of Fighting debut. A seven-year veteran of the sport, the 29-year-old Taylor holds championship titles on two continents after recent outings in Europe and Australia. Taylor has long been featured on the sport’s biggest stages with past appearances for noted promotions such as the UFC, Strikeforce and DREAM.

World Series of Fighting 5 features a five-fight main card in addition to a full lineup of preliminary contests. Additional bouts will be announced in the coming weeks.