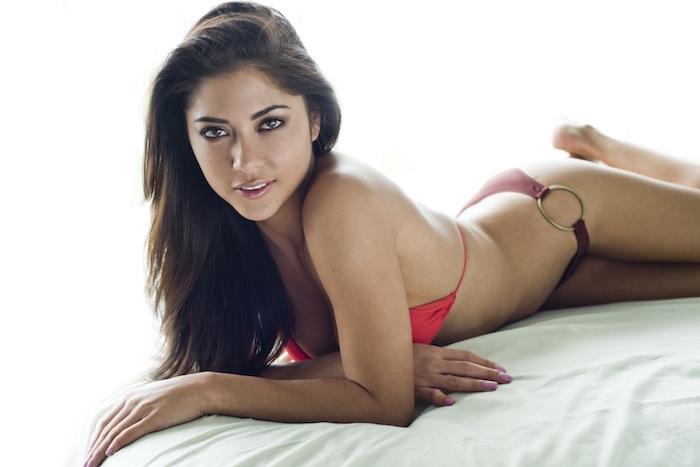 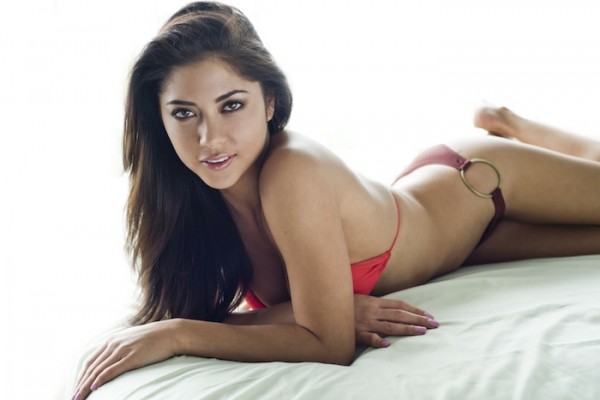 Arianny Celeste. Need I say more? When I met the UFC ring girl, superstar model and fitness enthusiast… I was like “Damn, she is actually a cool ass chic.” No disrespect but those were my exact words, and probably the words of many others who meet her. Well, maybe not those exact words, but you know what I mean.

That meeting occurred at a Las Vegas Fight Shop autograph signing during UFC 155 fight week. If you missed it don’t trip because the UFC Fan Expo is here again. On July 5-6 Celeste and the rest of the UFC family will host the annual event that she describes in one word as “passionate.”

“They (UFC fans) love the sport and us as much,” said the Octagon queen. “They wait in line for hours just to get a picture, it’s very sweet.”

And that’s not all just in good PR either, as fans who’ve met her can attest. “I am a real, normal person just like them, but very lucky to be where I am,” said Celeste of the impression she wants to leave on fans.

Want to judge for yourself? Well, there’s no better opportunity than at the “Expo”, which is a “very fun, action packed event,” according to the MMA public figure. So if you haven’t copped those tickets yet for the biggest MMA event of the year then shame on you. Arianny and crew will be disappointed. Until then check the rest of the interview:

Do you feel UFC fighters and personalities look forward to the event just as much as the fans?

Yes it’s a very fun action packed event And a great way to get to know fans.

How difficult is it being a public figure?

Hard being under a microscope sometimes but it’s a great opportunity to make a positive change. I like to encourage people to live healthier lifestyles.

Describe the difference, if any, of your relationship with local fans in Vegas vs. non-residents of the city?

Vegas is pretty spoiled when it comes to UFC, the out of town fans are very pumped to see us!

With the inclusion of women now in the UFC, how much more special does their presence make this year’s event compared to others?

It makes UFC all the more special, they are making history and having women involved makes it all even better.

What are your thoughts on females who focus solely on the ring girl aspect of the promotion instead of all of the opportunities it may offer?

I think there is a different path for everyone, some women are athletes, some are more girly and there is nothing wrong with that!

Is Arianny Celeste the most famous UFC ring girl ever?

What part of the Expo do you enjoy the most?

The hands on experience I get with fans. UFC gets pretty creative on how we interact with fans, everything from dinners to contests!

Fans can meet Arianny Celeste and the UFC Octagon girls, along with fighters, at the Fourth of July UFC pool party as part of this week’s Fan Expo going down in Vegas. The pool party starts at 1 p.m. on Thursday, July 4 at Liquid Pool at Aria, 3730 S Las Vegas. Sounds like a rockin good time!  Ticket information is available at UFC.com/FightWeek.
[ads2]