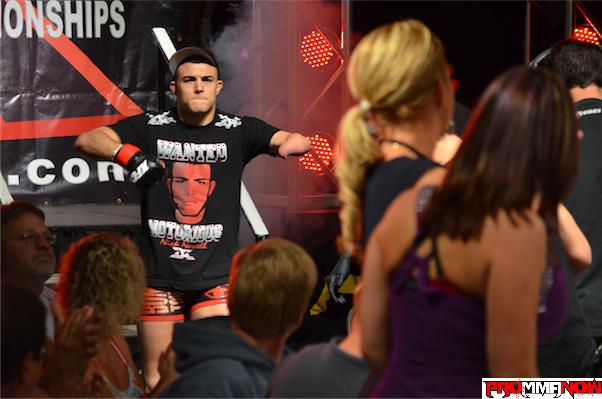 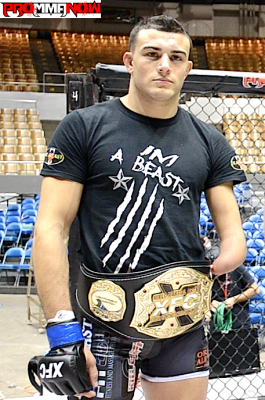 Newell, a 27-year-old congenital amputee born with only a partial left arm, wrestled throughout high school and college and began his pro MMA career in 2009, scoring six first round finishes in his first six fights.

Newell’s rise to prominence began in the Florida-based MMA promotion XFC where he scored wins over the likes of Dennis Hernandez, Chris Coggins and Adam David Mays.

If there were still any questions about his legitimacy, Newell proved once and for all he was the real deal by defeating veteran Eric Reynolds (17-6) for the XFC lightweight title at XFC 21 via submission just 1:22 into the first round.

Newell is now 9-0 in his professional career with eight finishes; six by submission, two by knockout. Similarly, Keon Caldwell also has nine wins and eight stoppages, except where the majority of Newell’s wins have come via submission, Caldwell’s eight stoppages have all been via (T)KO.

“The Black Assassin” hails from Moultrie, Ga. He began his pro MMA career in 2007, racking up seven straight (T)KO wins — five in the first round — before dropping a first round submission to MFC vet Dhiego Lima (8-1) at SportFight X 3 in July 2010.

Aside from Newell’s dominant wrestling and submission game, Caldwell’s biggest challenge may be shaking off the ring rust, as it will have been over two years since he fought when he steps in the cage against Newell at WSOF 4 on Aug. 10.

WSOF 4 will be headlined with a light heavyweight match-up between Tyrone Spong vs. Angel Deanda and will air live on NBC Sports Network. Stay close to ProMMAnow.com (www.prommanow.com) for more WSOF 4 news.