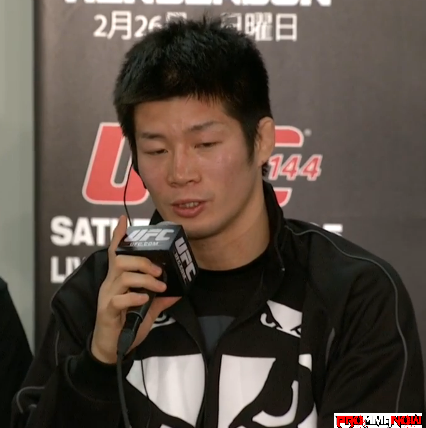 UFC officials have announced that the UFC on FOX Sports 1:2 event has added two more fights for the August 28 card that’s set for Bankers Life Fieldhouse in Indianapolis, Indiana.

The UFC on FOX Sports 1:2 event will be headlined by the welterweight rematch between former UFC interim champion Carlos Condit and Martin Kampmann. Kampmann defeated Condit during Condit’s UFC debut in 2009 via controversial split decision in what was an incredible fight.

Perez is coming off an injury that kept him from competing at UFC 159. He defeated Byron Bloodworth at UFC 155 via TKO and is currently (3-0) inside the UFC while finishing all three opponents in the first round.

Mizugaki is coming off a split decision win over Bryan Caraway at the UFC on FUEL TV 8 event in March. He has won back-to-back fights and three of his last four.

Hioki is coming off a controversial split decision loss against Clay Guida in January. He has lost back-to-back fights since winning his first two fights in the UFC, and will be looking to get back on track against Darren Elkins.

Elkins is coming off a first round TKO loss against Chad Mendes at UFC on FOX 7 in April. He was riding a five fight winning streak going into that fight and will be looking to get back on track against a tough out in Hioki.

Stay tuned to ProMMAnow.com for more UFC on FOX Sports 1:2 news and coverage.