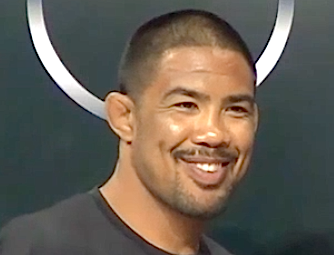 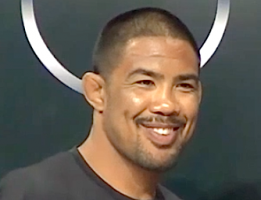 While on scene at the Metamoris 2 Pro BJJ Invitational in L.A. on Sunday, ProMMAnow.com (www.prommanow.com) reporter Dan “The Wolfman” Theodore caught up with No. 8-ranked UFC middleweight, Mark Munoz, who was on hand checking out the action. Munoz shared his thoughts on the event and how his preparation for his upcoming bout with Tim Boetsch is coming along.

Munoz has been on the sidelines since July 2012 when he suffered a first round knockout loss to current No. 1 middleweight contender Chris Weidman in the UFC on Fuel TV 4 main event. “The Filipino Wrecking Machine” is set to return to action on July 6 when he faces the No. 10 ranked Boetsch at “UFC 162: Silva vs. Weidman“.

“I’m training for a dogfight,” Munoz said. “He doesn’t back down from anybody and he goes in with a strategy. He’s a very smart fighter. He’s a UFC veteran and I am too and wer’re just going to go out there and execute what we’ve been practicing for as long as we’ve been in camp. It’s gonna be a great fight. I can’t wait; it’s been a long time for me. I don’t think ring rust will be a problem.”

Check out our other exclusive interviews from Metamoris 2.
[ads2]