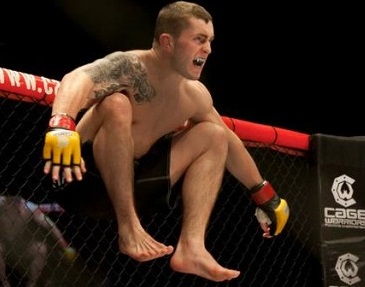 The deals will commit all seven fighters exclusively to Cage Warriors over a minimum period of 18 months.

Ray (12-4), a 23-year-old who holds wins over CWFC veterans Merv Mulholland and Dale Hardiman, is currently 12th in the UK’s lightweight rankings.

Now a top-10 UK flyweight, 22-year-old Haque (3-0) has impressed on Cage Warriors already this year with victories against Kris Edwards and Olly Battell.

Sinclair (12-3), an experienced lightweight who has taken 10 of his 12 wins by stoppage, has already fought three times for Cage Warriors and has overcome the likes of Ashleigh Grimshaw, Jason Ball and Oriol Gaset during a professional career that began back in 2006.

Noon (7-2), who has tasted victory against Bola Omoyele and former CWFC champion Chris Fields, is a highly-rated middleweight who’ll make his Cage Warriors debut in 2013.

A 27-year-old unbeaten featherweight, Fitzpatrick (3-0) is one of the UK’s most exciting prospects having taken all of his professional wins by first-round TKO.

Creighton (3-1), a 27-year-old who’s ranked as one of the UK’s top 20 flyweights, has impressed by taking three victories since making his professional debut less than a year ago.

Despite suffering a loss to Piotr Ptasinski on his CWFC debut at Cage Warriors 55 recently, 29-year-old Redmond (4-7) did enough to impress CEO Graham Boylan and earn a five-fight deal.

Boylan said: “John picked up an injury but still put in a valiant performance against Piotr Ptasinski. He displayed a great attitude and I believe he can go on to show that his current record isn’t a fair reflection of his ability.

“In Bryan and Lawrence we’ve got two fantastic prospects from the north-west of England, while Mick and Carl are two very experienced guys with the ability to make a big impact on their respective divisions.

“Shaj has the potential to go on and have a very successful career and the same goes for Stevie Ray, who’s still extremely young in spite of the number of fights he’s already had.

“I’m very happy to have all seven of these guys on the roster. I’d like to welcome them to Cage Warriors and wish them all the very best of luck for the future.”