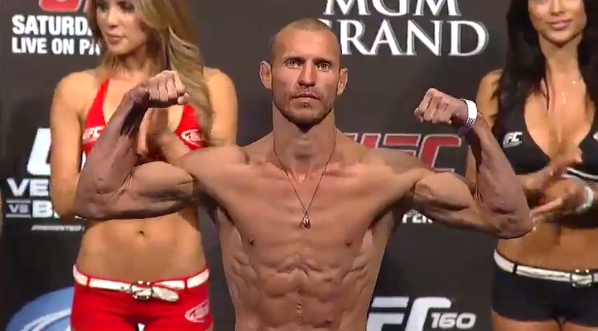 The UFC on FOX Sports cards are looking mighty good on paper, and the second installment just got a lot better according to UFC officials.

A lightweight bout between Donald “Cowboy” Cerrone  and Rafael dos Anjos has been verbally agreed upon and will be the co-main event of the UFC on FOX Sports 1:2 card on August 28 at Bankers Life Fieldhouse in Indianapolis, Indiana.

Cerrone (20-5, 1NC) is coming off a unanimous decision win over KJ Noons at UFC 160. It was a nice rebound win for Cerrone after suffering the first round TKO loss to Anthony Pettis earlier this year. Cerrone has won three of his last four, but will be taking on a fighter that’s been on fire as of late in dos Anjos.

Dos Anjos (19-6) is coming off a unanimous decision win over Evan Dunham at the UFC on FX show in May. He has reeled off four consecutive wins since 2012 and will be looking to add a huge feather in his cap with a win over the “Cowboy”.

The UFC on FOX Sports 1:2 event will be headlined by the welterweight rematch between former UFC interim welterweight champion Carlos Condit and the always tough Martin Kampmann. Kampmann spoiled Condit’s UFC debut in 2009 with a controversial split decision victory.

The UFC on FOX Sports 1:2 card thus far is below:

Stay tuned to ProMMAnow.com for more UFC on FOX Sports 1:2 news and coverage.