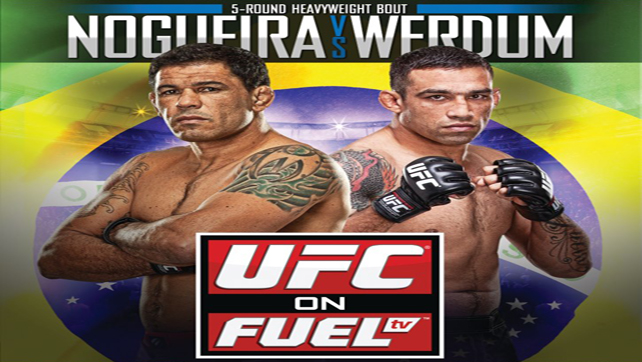 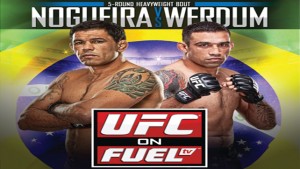 It’s an interesting fight card that features a lot of important fights for some aging veterans, and some young prospects trying to make a name for themselves. Let’s take a look at the top five questions going into the event.

Does Antonio Rodrigo Nogueira have enough left in the tank to defeat Fabricio Werdum for the second time?

Nogueira was able to defeat Werdum in 2006 via unanimous decision in the now defunct PRIDE promotion. It was only Werdum’s 10 professional fight, and he’s been able to garner a tremendous amount of experience since then with Nogueira aging quite a bit. Werdum hasn’t fought since defeating Mike Russow at UFC 147 which is just under a year out of competition. Nogueira last fought at UFC 153 where he submitted Dave Herman via armbar. Noguiera is (2-2) since 2010 with both losses coming against top level competition in Cain Velasquez and Frank Mir. Werdum is (5-1) since 2009 with the lone loss coming against former Strikeforce heavyweight champion Alistair Overeem. Does Nogueira have enough left in the tank to beat Werdum? Will the long layoff be too much for Werdum to overcome? Tune in on Saturday night as Nogueira tries to turn back the clock one more time.

Will Rafael Cavalcante be able to make a splash in his UFC debut against Thiago Silva?

Cavalcante is the former Strikeforce light heavyweight champion and will be making his UFC debut on Saturday night. He’ll be taking on Thiago Silva who was once thought to be a legitimate light heavyweight prospect. Both fighters have had problems with failing drug tests in the past couple of years. Silva hasn’t won a fight officially since knocking out Keith Jardine in 2009, and Cavalcante is (1-1, 1NC) since 2010. Cavalcante is 32 years old and may have a limited time frame to make some noise in the light heavyweight division. Silva is only 30 years old, but has dealt with several injuries that have slowed down his progress significantly along with the failed drug tests.

Can Erick Silva get the hype train going again with a win over Jason High?

Silva hasn’t fought since losing a hard fought decision against Jon Fitch at UFC 153. He’ll be taking on MMA veteran Jason High who’ll be returning to the UFC for the first time since 2010, riding a seven fight winning streak since then. Silva made a splash in his first three UFC fights, but was derailed by Fitch. He’s only 28 years old and another impressive win would get the hype train going again. High is tough and has a great record at (16-3), so it’ll be interesting to see how this one plays out.

Will Derek Brunson impress in his second UFC outing against Ronny Markes?

Derek Brunson caught a bad wrap in his official UFC debut against Chris Leben. He took the fight less than two weeks notice, and was coming off a 41 second KO loss at the hands of Ronaldo “Jacare” Souza in the bout before that as well as a controversial decision loss against Kendall Grove before that. He couldn’t really afford another loss, so he fought a smart fight against a guy with dynamite in his hands in Leben and got the win. He’ll be fighting a guy that is often hard to look great against in Markes, so it’ll be interesting to see how Brunson performs in this one. He is very explosive with knockout power and has great potential with his wrestling base while only being 29 years old.

The last couple of UFC on FUEL TV shows have done fairly well, and this card should also with the main card airing in the 8 p.m. ET time slot. There isn’t a lot of star power on this card, but there are some decent matchup to be on the lookout for going into Saturday. The UFC on FUEL TV 9 show did 236,000 viewers for a show that aired in the 2 p.m. ET time slot, so one would think this show would be able to garner 300K?

Stay tuned to ProMMAnow.com for more UFC on FUEL TV 10 news and coverage this week.