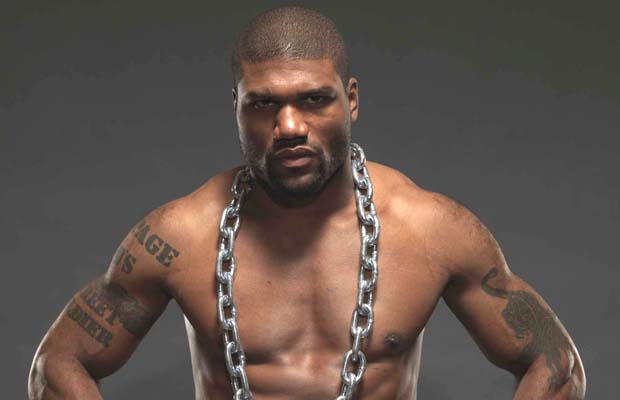 The landmark partnership includes Jackson competing in Bellator MMA, along with joining the superstars of TNA’s “Impact Wrestling,” which includes fellow Bellator fighter “King Mo” Lawal. Spike TV will also create a special reality series featuring Rampage that will lead into his debut with Bellator, as well as other entertainment initiatives.

“Rampage is a true superstar both inside and outside the MMA cage” Bellator CEO & Chairman Bjorn Rebney said. “The partnership that we’ve created with Quinton is unlike anything that’s ever been done in the sports & entertainment arena and Rampage is the perfect athlete/entertainer to carry it off.”

“We are thrilled to create this opportunity for one of the greatest athletes and personalities in MMA,” said Kevin Kay, Spike TV President. “Rampage is a proven ratings driver who brings incredible star power to both Bellator and TNA.”

“Rampage is one of the best known MMA fighters competing today,” said Carter. “He is a true cross-over star and his talent, big personality and popularity among a wide range of fans make him an extraordinary fit for our company,”

Jackson (32-11) joins Bellator as a former Pride and UFC champion, having last fought on Spike TV in September 2007, in a fight vs. Dan Henderson that drew nearly 6 million viewers, making it one of the most watched fights in the sport’s history. In 2009, Jackson served as a coach on Spike’s “The Ultimate Fighter: Heavyweights,” the highest-rated season by far in franchise history, delivering over 3 million viewers per week. Rampage joins a Bellator Light Heavyweight division that features “King Mo”, Renato “Babalu” Sobral, Emanuel Newton, Attila Vegh and Vladimir Matyushenko.

The charismatic fighter from Memphis, TN began his professional MMA career in 1999 and established his legacy across the globe through epic battles with MMA titans including Wanderlei Silva, Chuck Liddell, Jon Jones and Dan Henderson among others.
More information regarding this signing will be made available at Wednesday’s press conference. Details on the press conference will be released shortly.