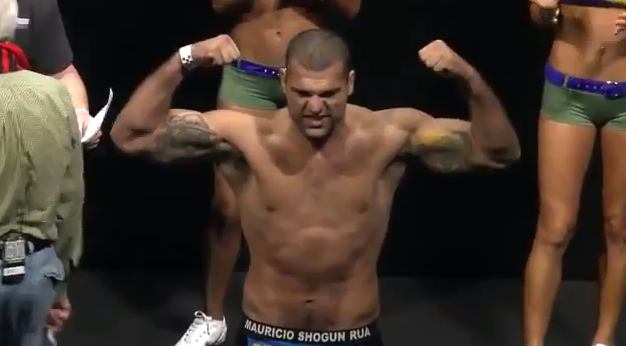 Multiple outlets are reporting that UFC light heavyweight Antonio Rogerio Nogueira has been forced to withdraw from his UFC 161 fight with Mauricio “Shogun” Rua.

UFC officials are actively looking for an opponent to replace Nogueira on the card.

The light heavyweight matchup was set to be the co-main event now that the Rashad Evans vs. Dan Henderson fight has been moved to the main event slot. The UFC 161 card will take place June 15 in Winnipeg, Manitoba, Canada, at the MTS Centre.

Rua (21-7) is coming off a unanimous decision loss against Alexander Gustafsson at the UFC on FOX 5 event in December 2012. He is (2-3) in his last five fights, including the TKO loss to Jon Jones in which he relinquished the UFC light heavyweight title.

Rua defeated Nogueira in 2005 in the now defunct PRIDE promotion which took place in Japan. Nogueira (21-5) was looking to avenge the loss after scoring a big upset win over former champion Rashad Evans in his last outing at UFC 156 in February.

GloboEsporte.com is reporting that Nogueira’s is suffering from a herniated disc.

Stay tuned to ProMMAnow.com for more UFC 161 news and coverage, as well as who Rua’s new opponent will be.