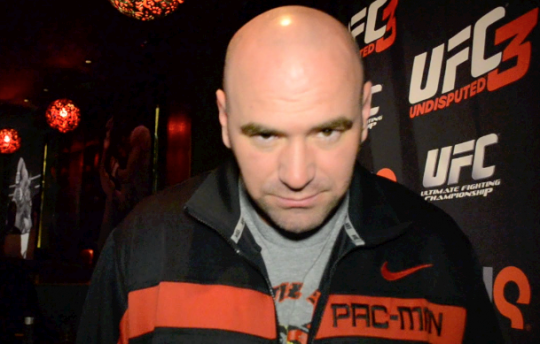 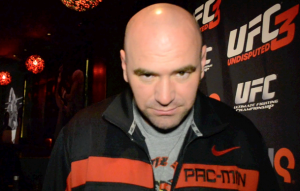 UFC President Dana White was inducted into the Southern Nevada Sports Hall of Fame Friday at the Orleans Arena in Las Vegas.

“Tonight wasn’t really about me, it was about us,” White said. “It was about all the people who have helped build the UFC. No one man does anything, it’s been a group of passionate, hard-working, smart people. Tonight was a celebration of all those people.”

Asked what he sees as the UFC’s biggest challenge moving forward, White said, “Time. There’s not enough time in the day to do all the things that we’re trying to do. Time is our enemy.”

The UFC has already come so far, yet they continue to grow and evolve. As far as where White sees the organization headed, he said, “We just got this Televisa deal done down in Mexico. We got China done. We’re going into all these different places. We’re going to be the biggest sport in the world. I said it 12 years ago and I’ll say it again now.”

As UFC fans what do you think? You have seen the UFC’s growth over the last few years, do you think it reflects the type of growth that suggests that the UFC (or MMA rather) will be the biggest sport in the world? Are they on the right track to make this happen?

In a bit of side news here, White talked with fellow inductee Chris Powell, chief of the Las Vegas Motor Speedway, about the possibility of holding a September event outdoor at the Speedway.
[ads2]